wax, cello, rack, raw, graded, baseball, football, non-sport, beautiful, fugly, pricey, cheap......doesn't matter. only thing that does matter is that it's your all-time favorite pack. but only one. and anecdotes are encouraged!

quick synopsis of my contribution to this thread. back in 2016, i was scouring the bay for golf goodness when i stumbled across some packs i had never seen before. as unfamiliar as i was with them, i was very familiar with the visceral, i've-gotta-have that feeling that overwhelmed me when i saw them. according to the seller, these were 4-card, razor-thin cello packs issued at a junior tournament in the spring of 2016. in addition, he pimped the scarcity factor so very hard. typically when i read stuff like that, my spidey senses start tingling so severely that it requires ointment. but as i type this in September of 2019, i owe that dude some sort of tacit apology, because he was oh so right. to this very day, he is the only seller to put these on the open market. and his stash dried up almost two years ago.

thankfully, i didn't think too much at the time and repeatedly tagged the BIN button. and amid the buying chaos i fortunately acquired a pack with my favorite modern-day golfer on top. easily my favorite Spieth card, and easily my favorite pack. perhaps one day i can stick PSA with hot poker and get them to grade this 12-card set.

looking forward to what will appear below! 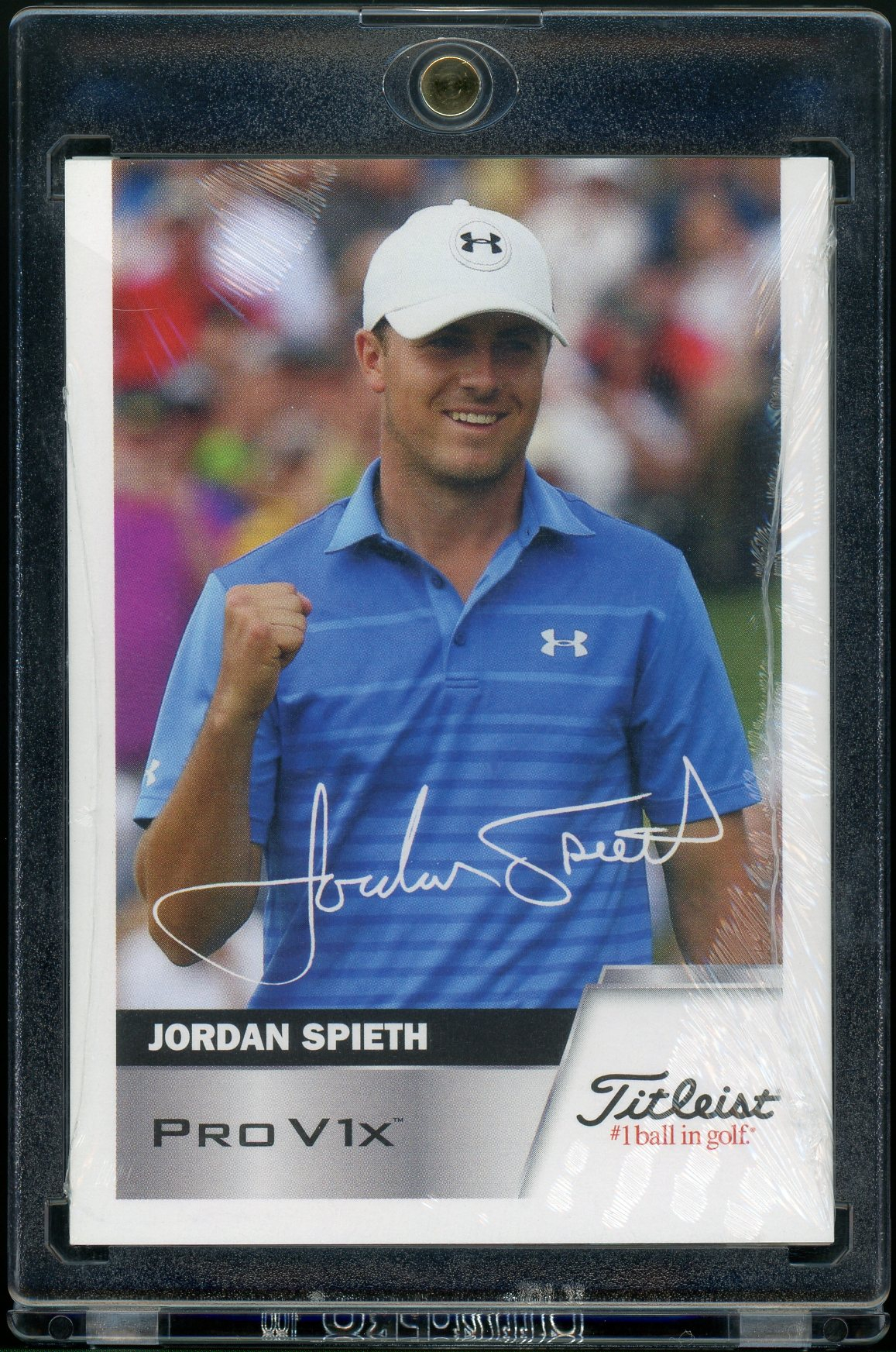