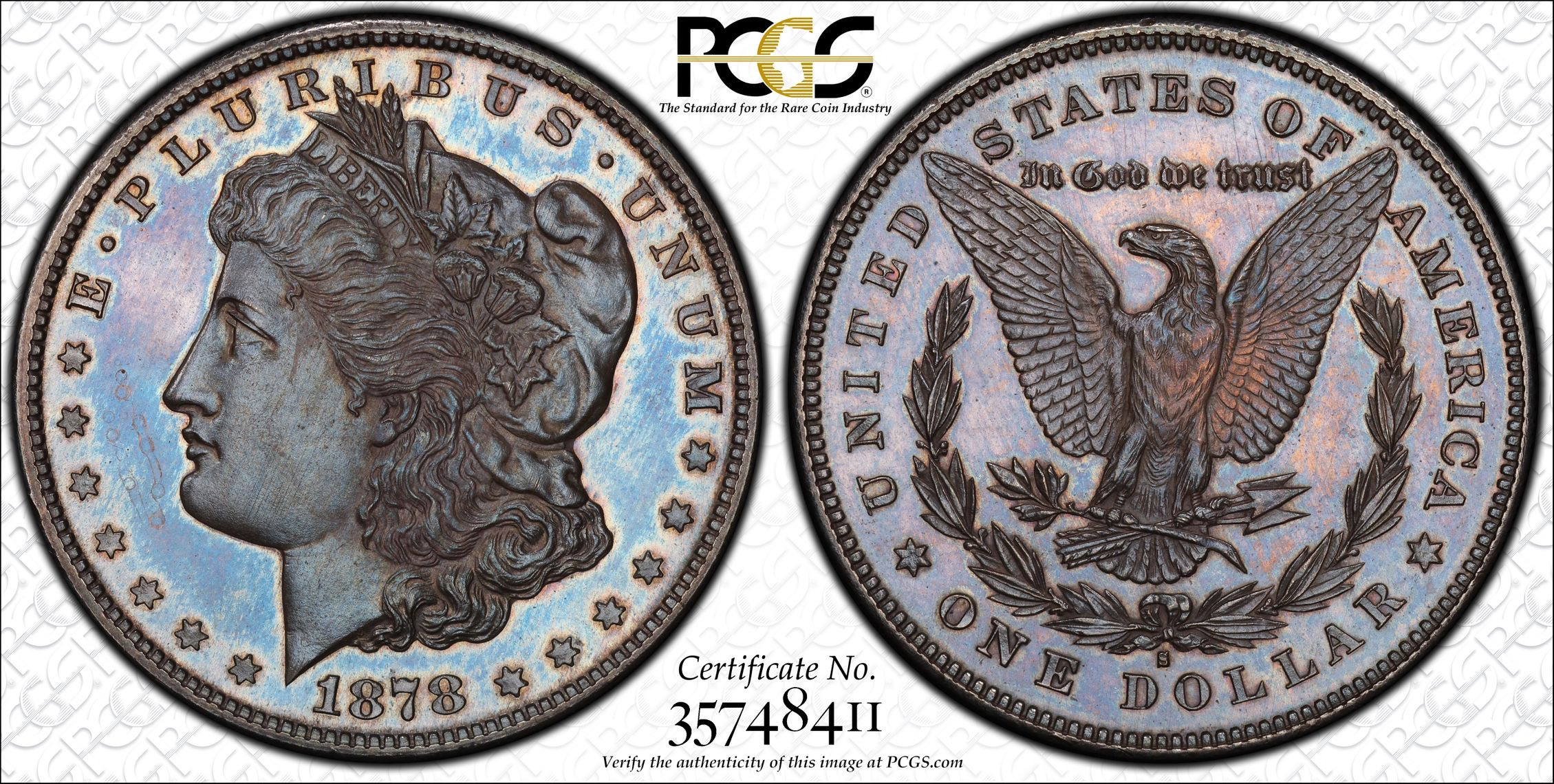 I’m thrilled to be able to add this to my collection- it’s really been on my wish list since I first read about its discovery and certification back in 2018:

The provenance of this coin can be traced very closely from the time it was minted to the present, and I have expanded on some of the facts and corrected others from the original article:

April 8, 1878
Dies for the new Morgan dollar coin are shipped from the Philadelphia Mint to the San Francisco Mint.

This was referring to the initial striking ceremony for Morgan Dollars at the San Francisco Mint, which produced the famous VAM-60 examples such as the Eliasberg coin engraved “ONE OF THE FIRST TEN COINED APRIL 17TH FROM J. GUS. BURT.” Approximately ten coins were hand struck and presented to VIPs present, including the very first coin struck which was set aside by Mint Superintendent Dodge for Mint Director Linderman (back in Washington, D.C.), as noted in the telegram above, and then the press was cranked up to full speed. After nearly 1,000 coins were struck, one of the dies shattered, the press was stopped, and further coinage was suspended.

This was acknowledged by a later entry into the ledger the same day:
“Makes official telegram relatin to sending five standard silver dollars to Director’s office.”

But Dodge had a problem.
As the dies used to strike the first coins (VAM-60) had shattered, Dodge would have either had to send the first coin struck and four ordinary VAM-60 coins, or he would have had to prepare new dies to strike specimens for the Mint Director. So what did he do?

Dodge wasn’t just going to pack up the first coin struck plus four ordinary dollars left over from later in the original run of VAM-60’s. After all, he was newly appointed, becoming Mint Superintendent only the year before, in 1877. He was going to do his best to impress the Mint Director. The existence of the present coin and its sharply defined features suggesting higher than normal striking pressure would indicate that Dodge used a new set of dies to fulfill the Director’s request through a new “presentation” striking. Both die marriages (VAM-60 and VAM-58) would have been in the initial delivery of dies to the Mint.

The present coin exhibits the earliest die stage of this particular marriage (VAM-58) and appears to have been handled with care at the time it was struck. It has a medallic strike from fresh, new dies, is fully struck with sharply squared rims and prooflike surfaces, and there are no reeding marks or clash marks as typically found on other coins of this variety struck later.

So Dodge sent Linderman five 1878-S Morgan dollars, either the first coin struck (VAM-60) plus four new specimens (VAM-58) or all five coins could have been from the newly prepared dies (VAM-58). Which option he chose has not been found in historical documents and may never be known, thus the mintage of this issue is either four or five.

How do we know five were sent?
Ten days later, Linderman acknowledged receipt and was pleased with the coins and said so in the following letter dated May 9, 1878:
“I have received your letter… transmitting five standard silver dollars of the coinage of your mint. I am gratified to be able to inform you that these coins in execution and finish, are creditable to your Mint and to the skill of the employe’s of the same.” 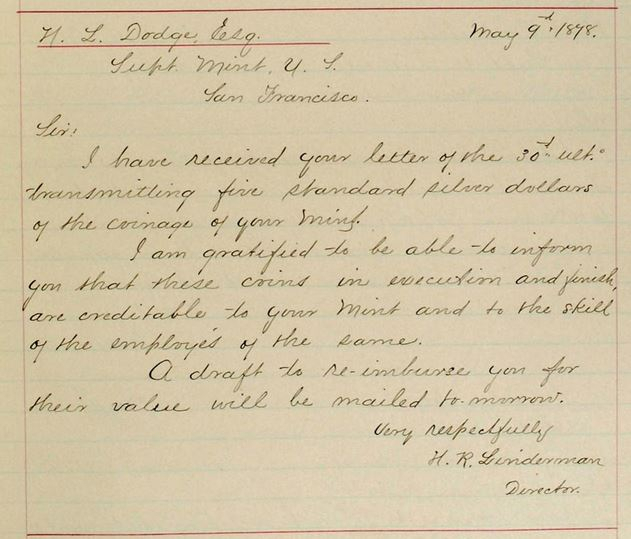 On May 10, 1878, the Mint issued a draft paying for the 5 standard silver dollars that were forwarded to Linderman in Washington:
“Encloses coin drafts on Asst Treas for 5.00 in payment of 5 standard dollars forwarded to Washington.” 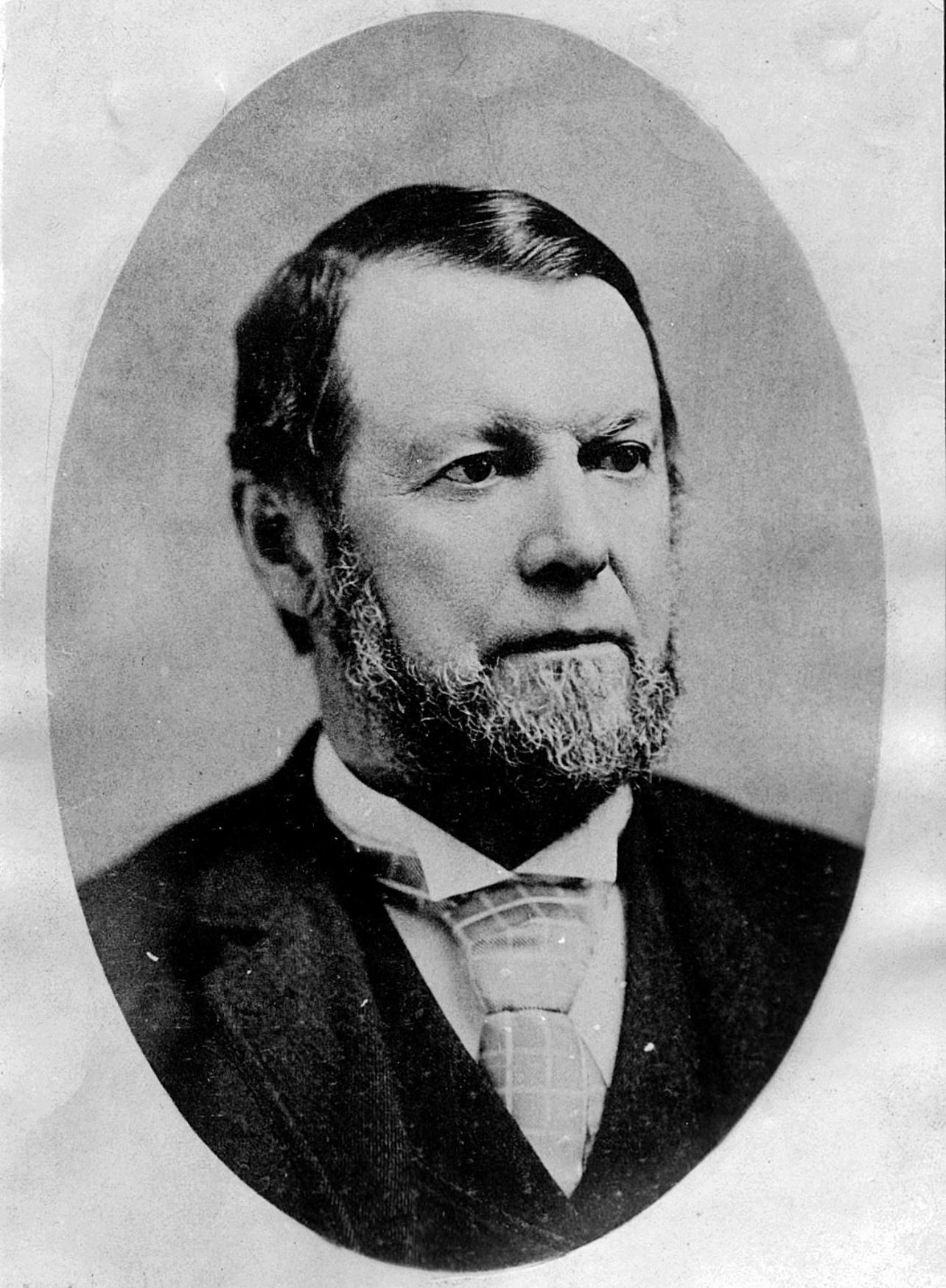 and sent to the Director of the U.S. Mint Dr. Henry Richard Linderman: 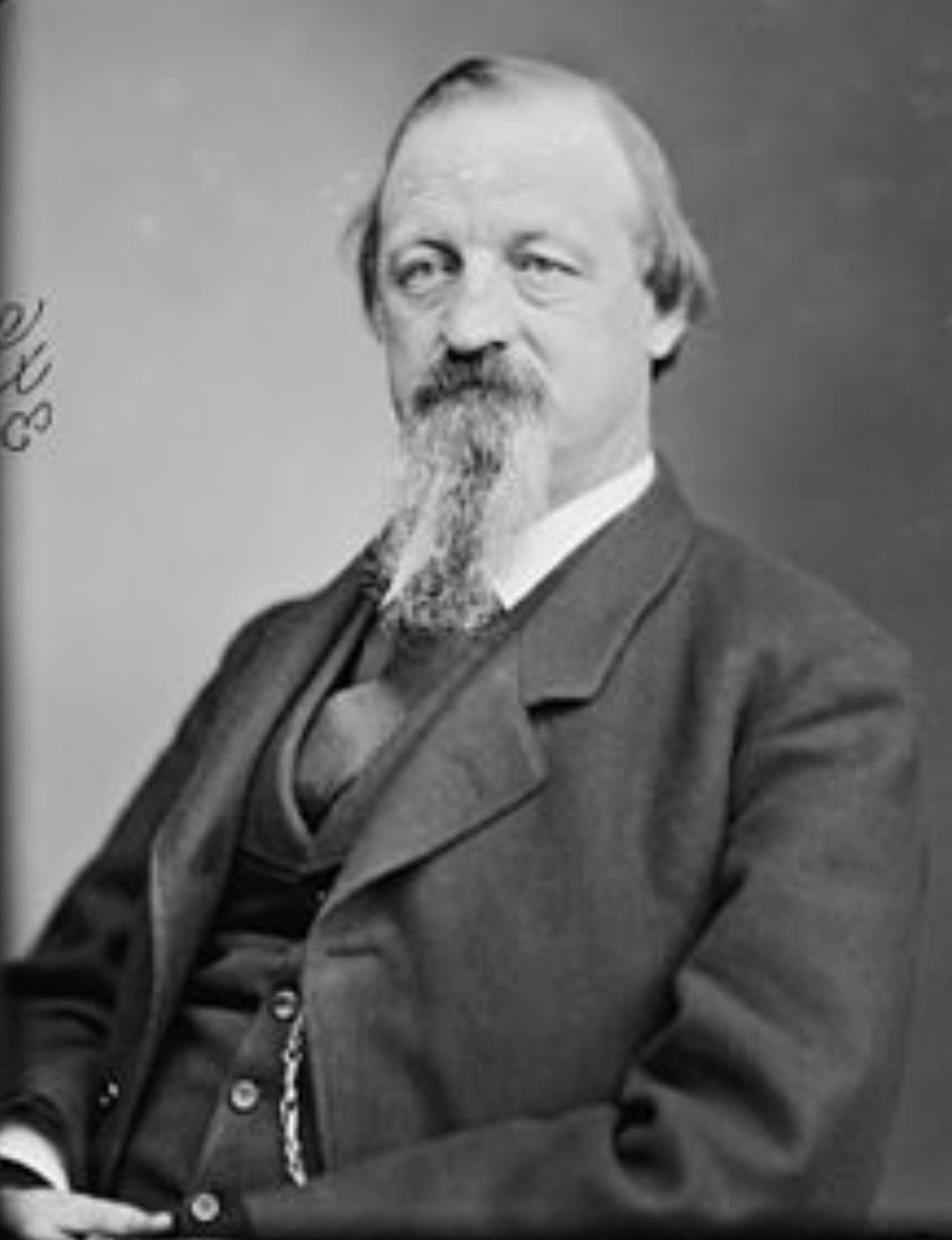 but the present example is the only known survivor today. At some point it passed from Henry Linderman to his good friend and coin collector Alexander Joys Cartwright Jr. of baseball fame. Cartwright was a founding member of the New York Knickerbockers Base Ball Club in the 1840s and is a member of the Baseball Hall of Fame. 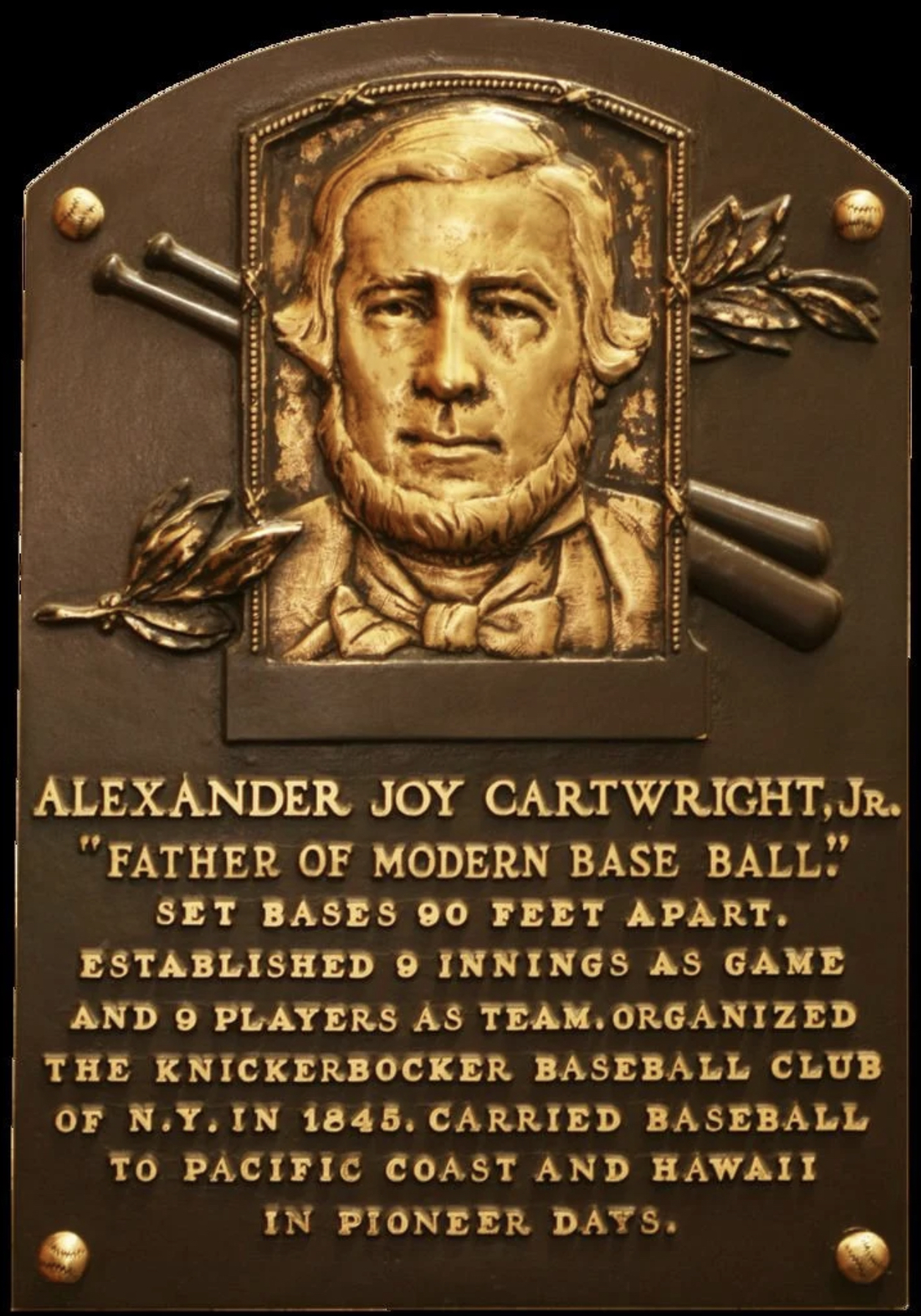 Cartwright followed the gold rush to San Francisco and continued on to Hawaii where he served as the first Fire Chief of Honolulu. 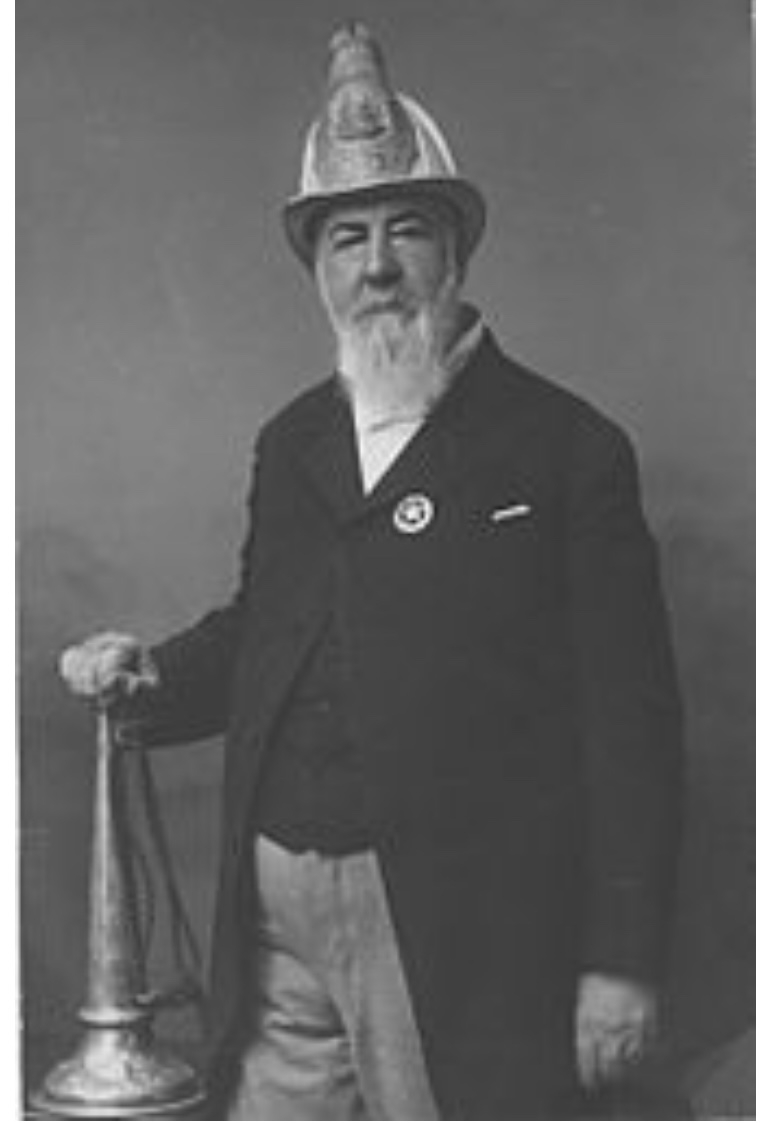 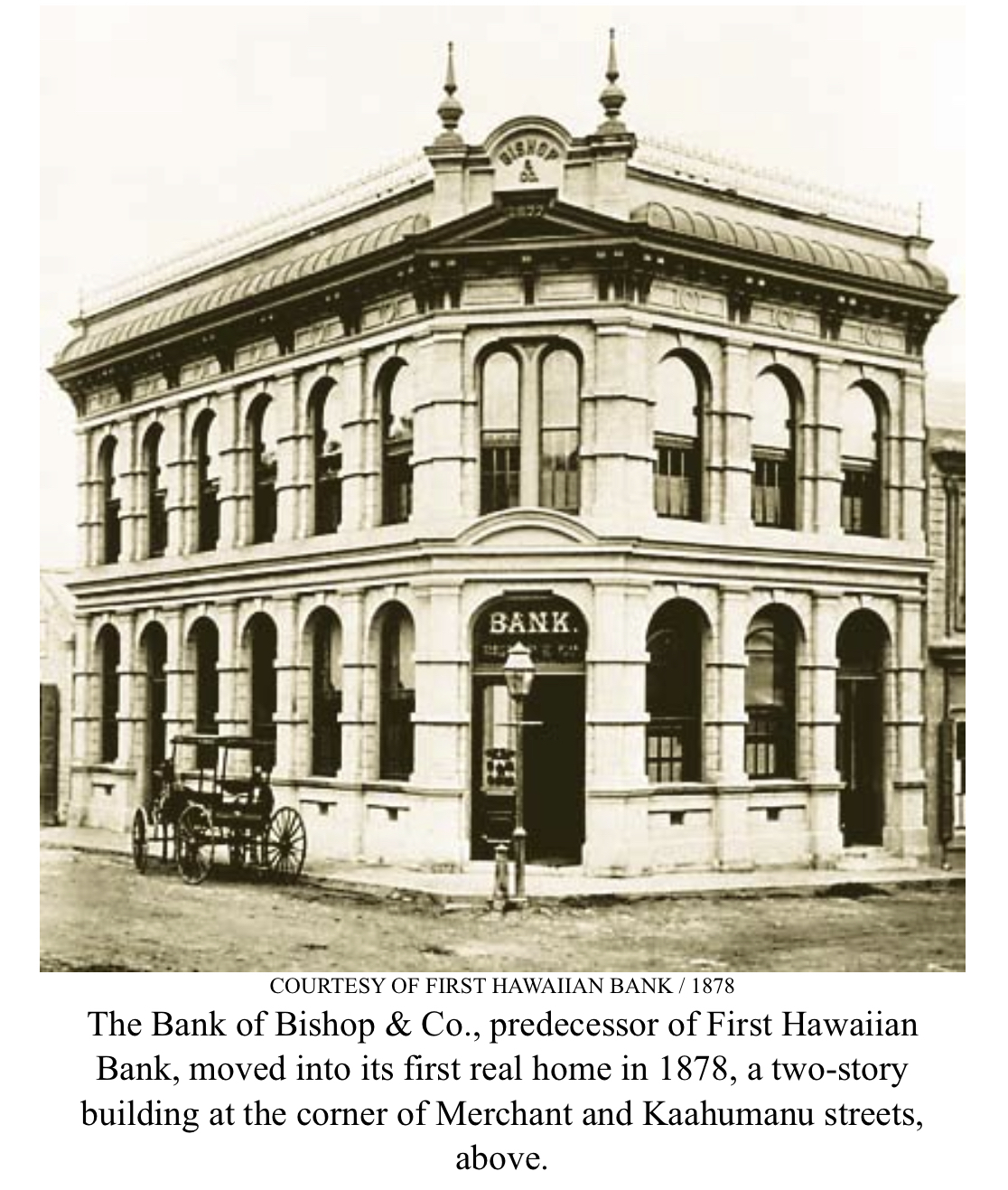 In 1893 the Bank of Bishop & Co. passed full ownership of the bank and the coin within to Samuel Mills Damon, an extremely powerful, wealthy and politically connected man who was one of the wealthiest individuals in the Hawaiian Islands. 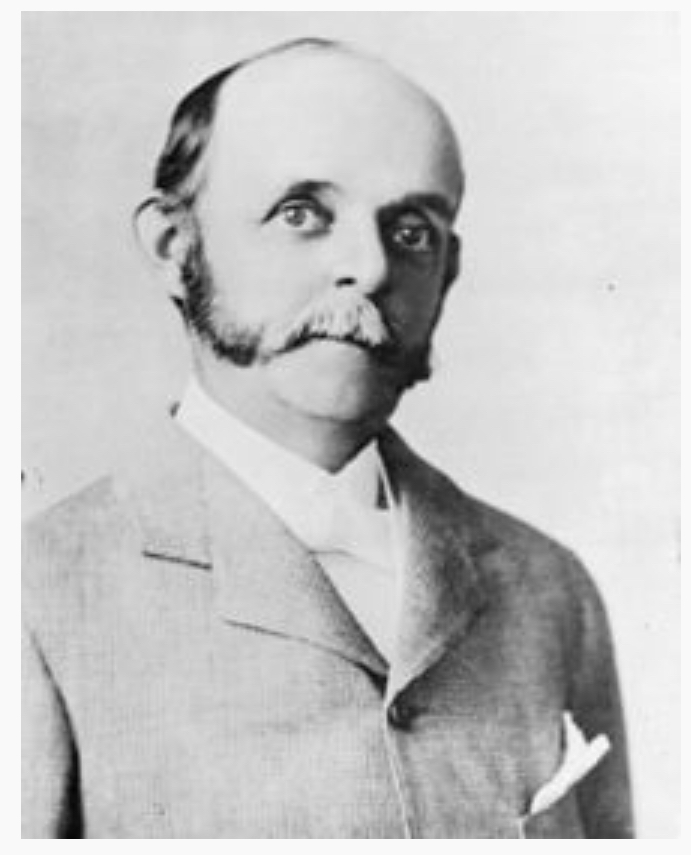 When he passed away in 1924, his estate, including his extensive coin collection, was estimated to be worth $250 million and was placed in trust for his grandchildren. The passing of his last grandchild in 2004 triggered liquidation of the trust, then valued at $900 million. 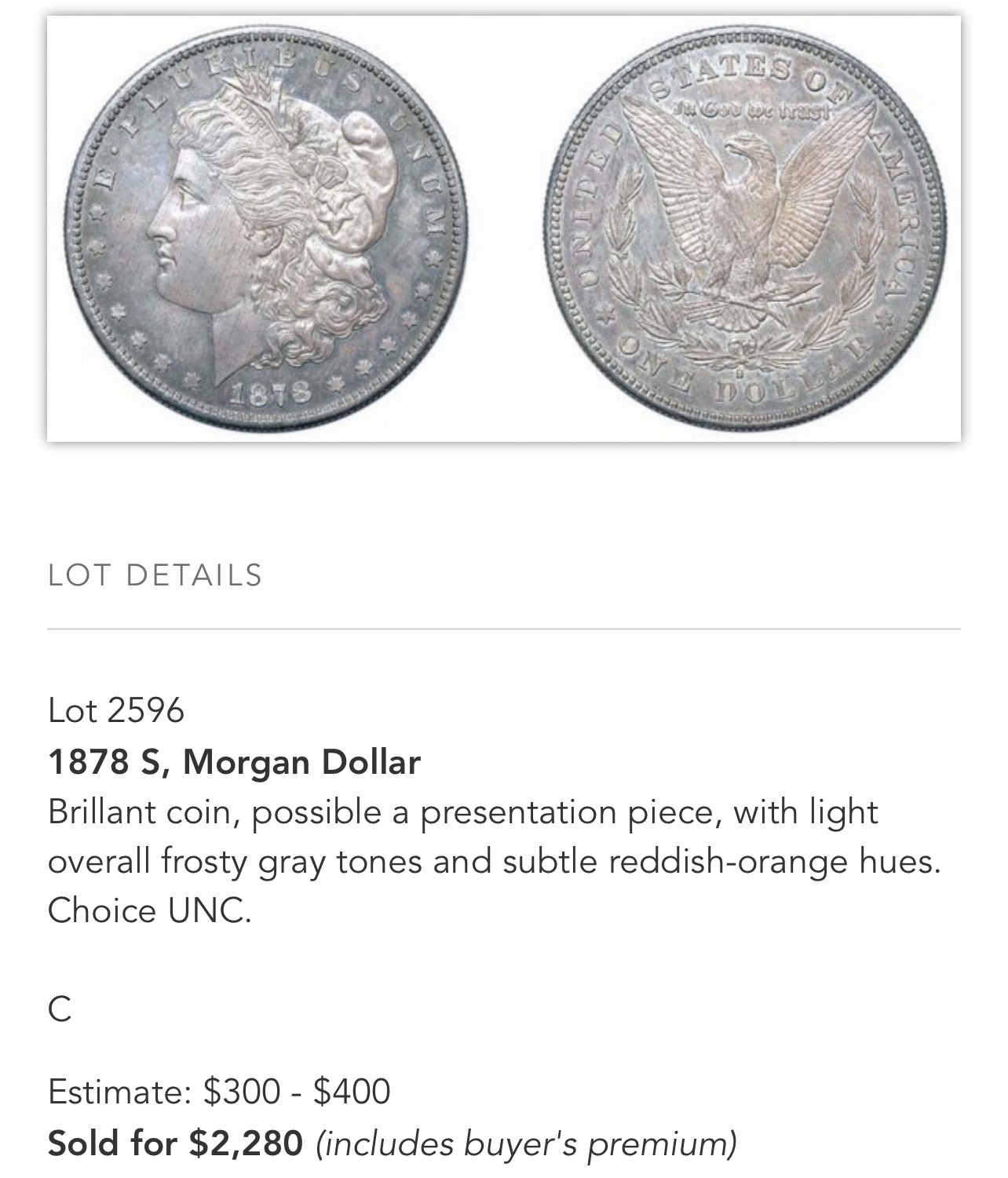 This coin was nearly lost to time before an astute collector recognized this coin as something special during lot viewing and saved it from obscurity. While the “East Coast Collector” remains anonymous, his link in the provenance chain is critical.

The unbroken provenance chain is as follows:

1878- Henry Linderman, Director of the Mint

1893 to 2006-
Samuel Mills Damon, Honolulu and subsequently his estate held in trust for his grandchildren 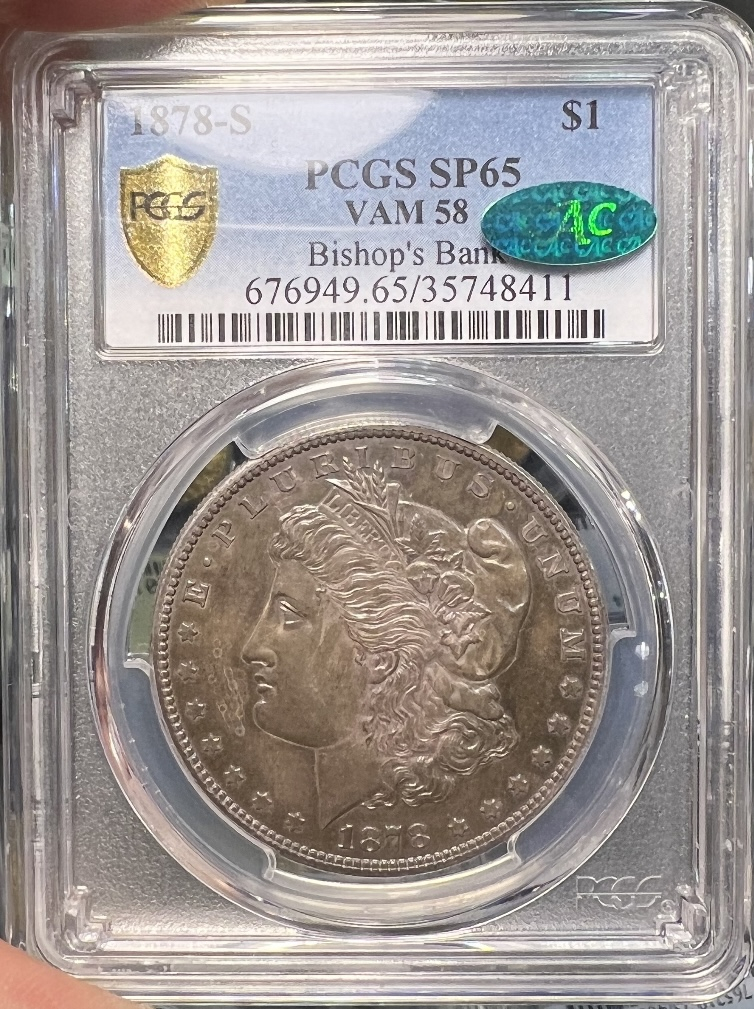