This is really quite incredible. It's amazing to see such a large die crack and progression in 2021.

I found some information on these here:

Here are some photos from Robert Risi.

Ken Potter said:
So, what they are worth? That’s anybody’s guess and will ultimately be determined based on supply and demand. What we do know so far is that early on, a few two-piece sets of Lawson’s stages sold at $30 each privately, while an example in the later stage with counting machine damage sold on eBay for $126 two weeks ago.

However, even more dramatically, two more eBay sales took place within just the last few days of this writing (Dec. 22). A sale ending on Dec 19 garnered $800, while another example sold on Dec 22 garnered $595. They both came with an example of the earlier stage. 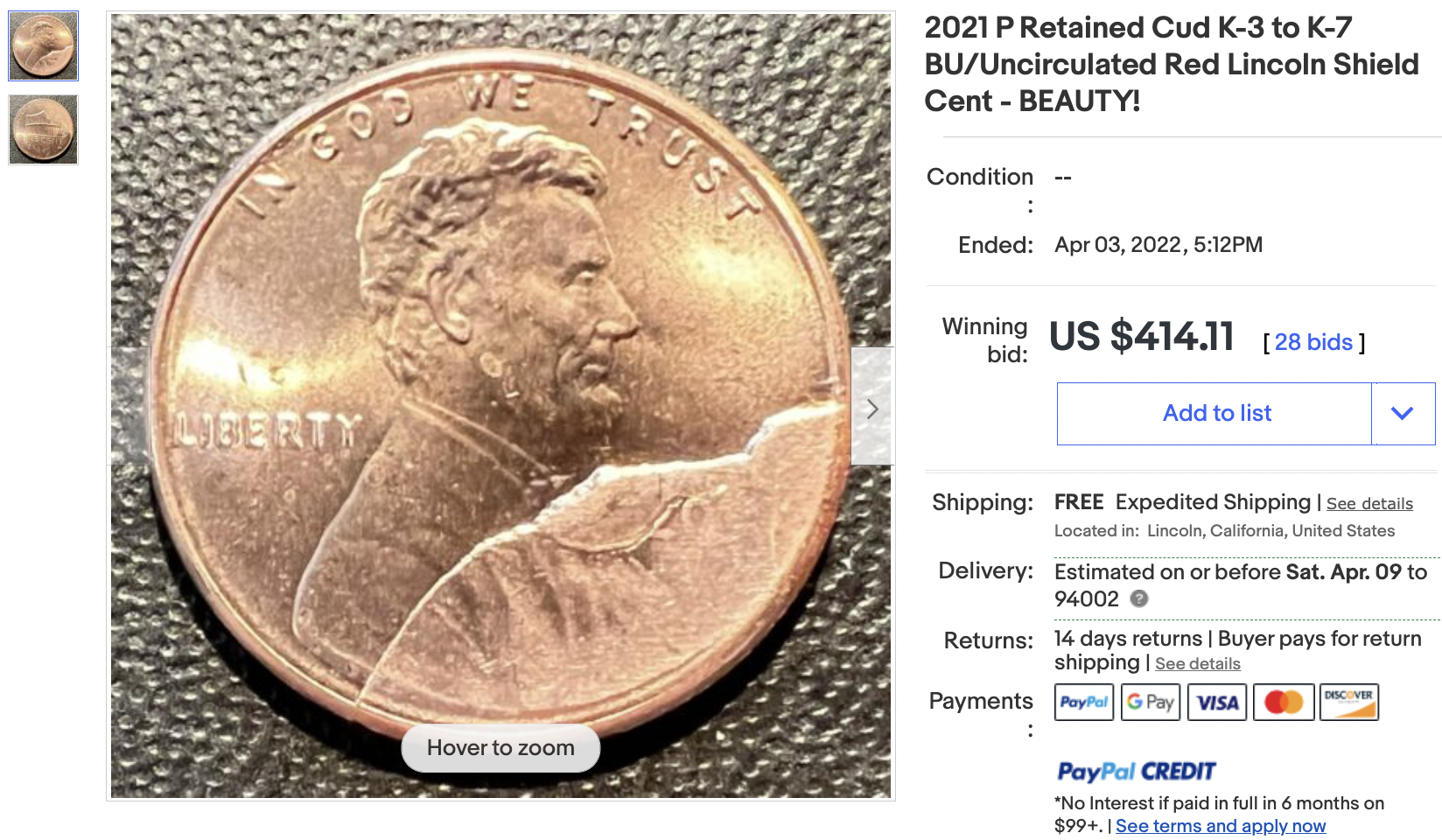 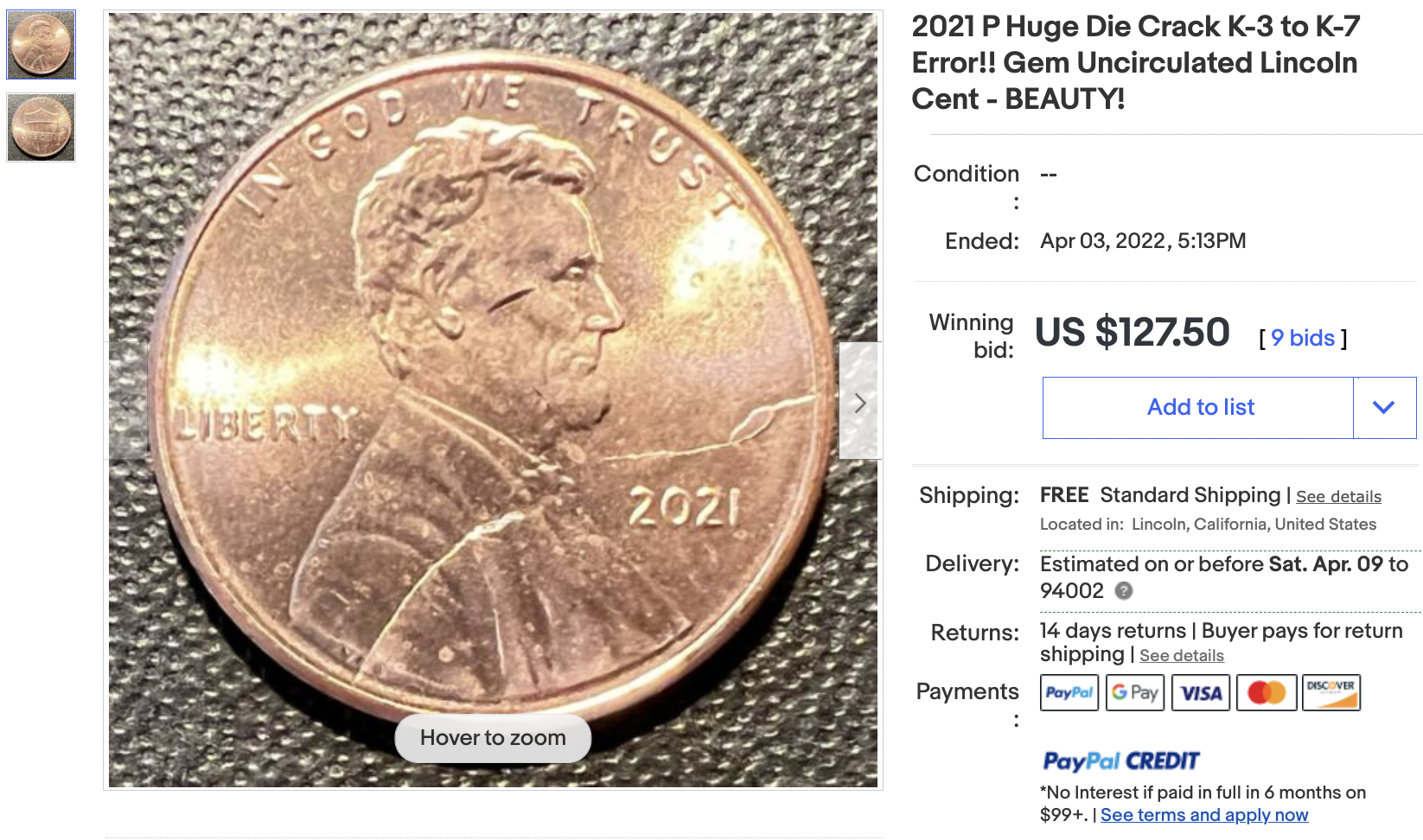