I follow Bryan dollars and like images of coin presses but have never seen this one before the recent Stack's auction.

Does anyone know anything about this? I was tempted to pick it up but wanted to wait for a better condition unholed specimen. How long would I need to wait? 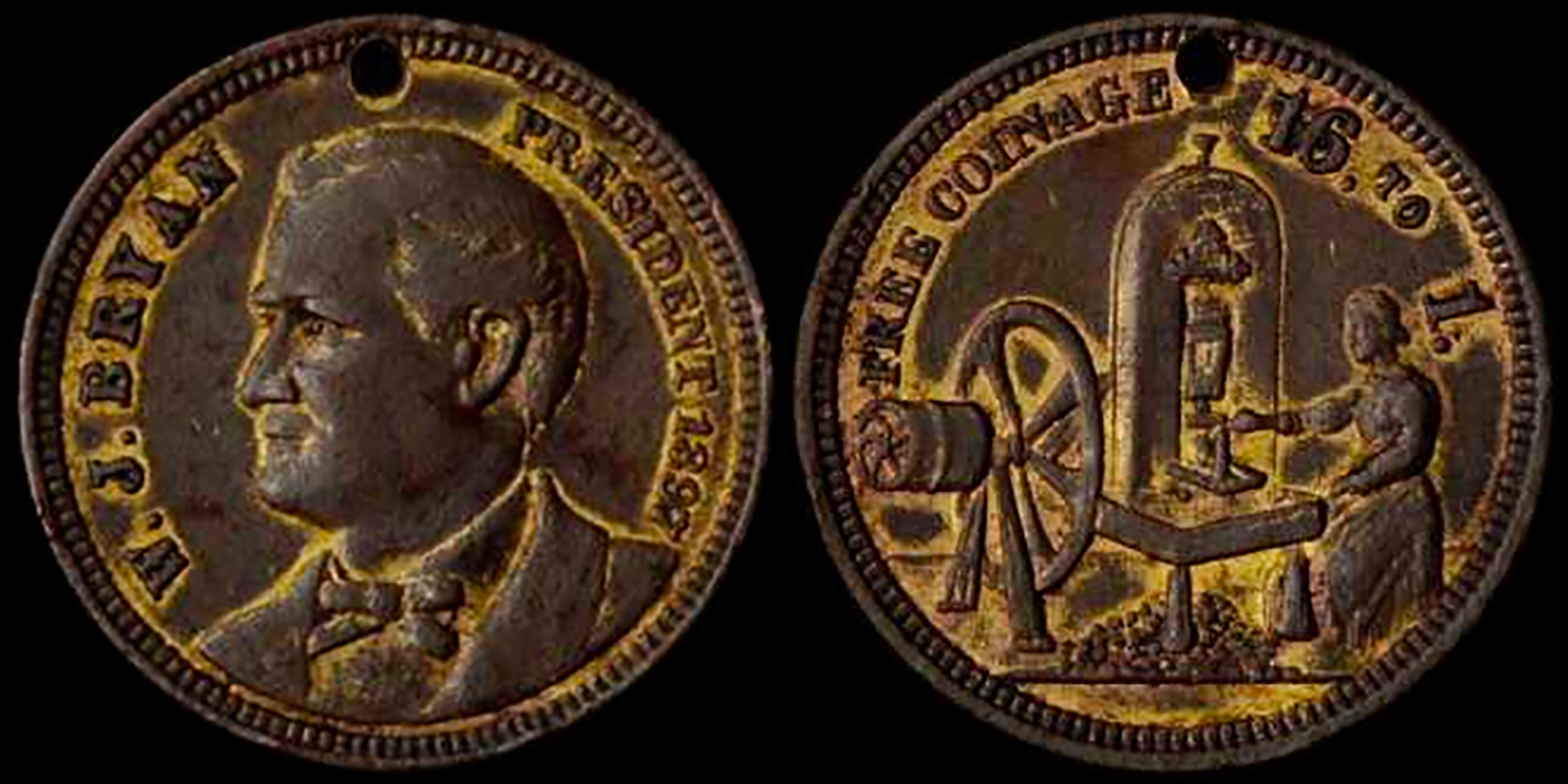