Frank B. Orr was 20 years old when he commissioned this double-struck, off-center Civil War Token

Here's one of Frank's store cards which I just picked up. He's noted as "one of the pioneer Hardwaremen of the West" and "recognized for a long period as the most prominent representative of the hardware and cutlery trade in the [Chicago] city." He left behind a lot of hardware and catalogs for his stores. He's also had biographies written about him. I liked this piece because it's a particularly bright error token. I also like that he was a successful entrepreneur.

It's interesting that he was living in Cleveland, Ohio and moved to Mansfield, Ohio in 1863 but ordered tokens from William Henry Bridgens, who was based in New York City. I wonder if this was done by mail order or if he had travelled to New York when he picked these up.

He made his mark in Chicago after deciding Mansfield was a limited market. Here are some quotes from the articles below.

Reaching Chicago en route a few days after the big fire in that city, however, when plans formulated for its rebuilding, he was quick to grasp the situation and altered his original plans, deciding immediately upon the establishment of a Hardware store in Chicago. A few days later he formed the acquaintance of Oswald Lockett, who was at the time connected with the Hardware firm of Edwin Hunt & Sons, and a partnership was shortly arranged which was the beginning of the corporation of which he was president at the time of his death.... Mr. Orr was a man of high ideals and one whose sense of honor in business was particularly keen and noteworthy.

The name became a synonym for reliable dealing and a guarantee of excellence of the stick which they handled.

His wife was of note as well as she was a descendent of John Wingate a founder of Harvard University and a number of her relatives fought in the Revolutionary War.

Here's some information on him. The following are just excerpts so click through to see the full articles. 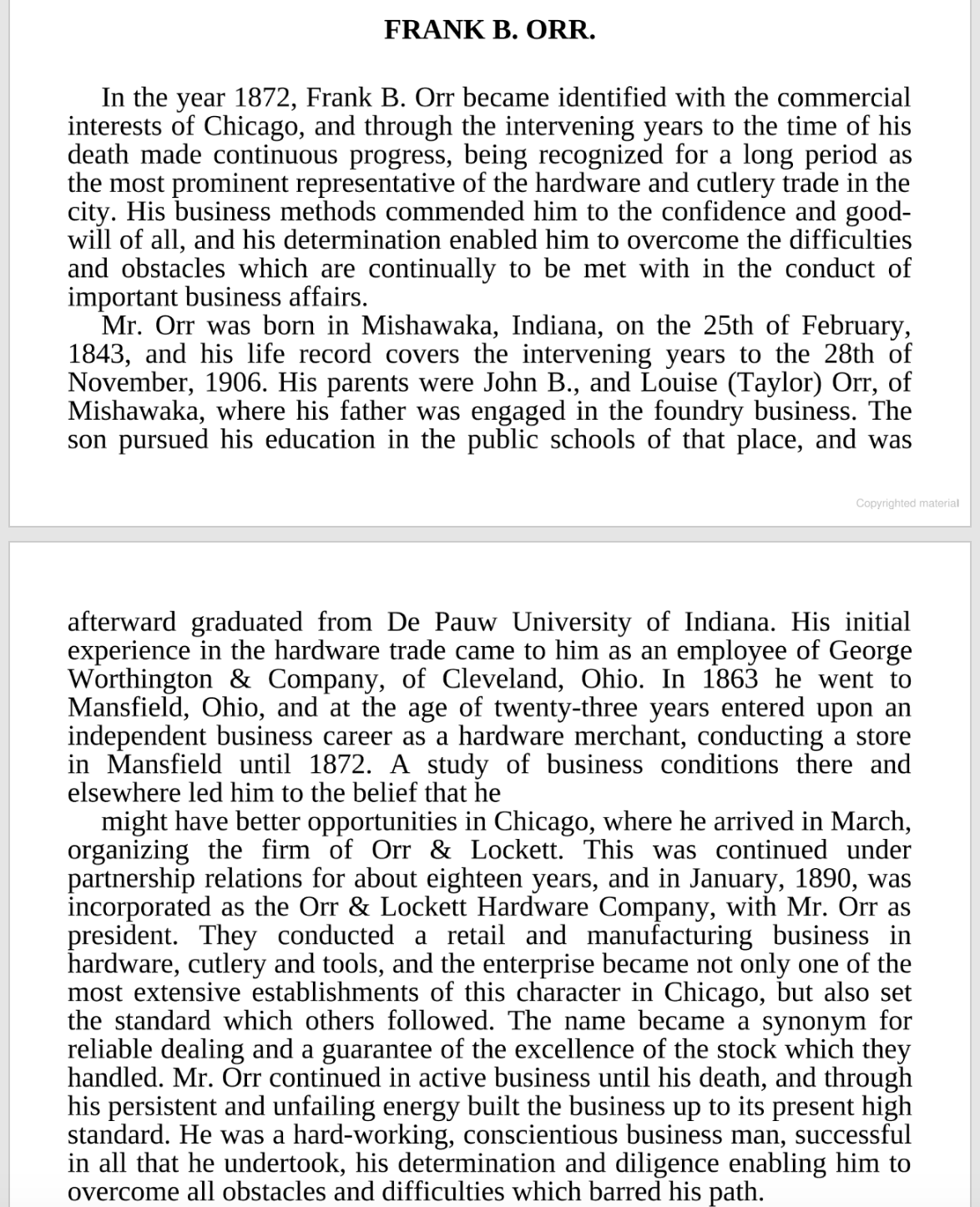 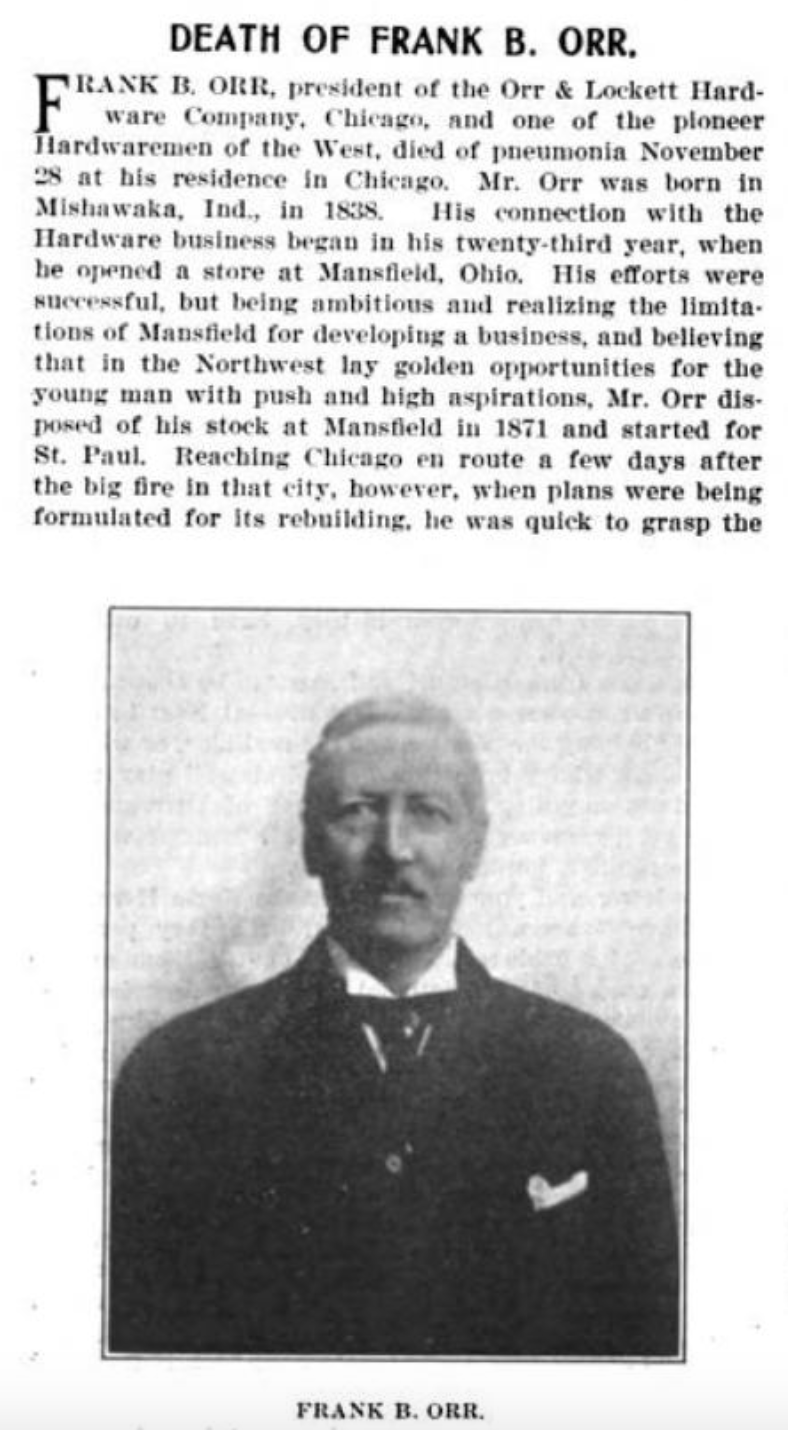