Friday. Hmmm. Something we were supposed to post today...

I enjoy the hunt probably as much as the kill now. Something has to be really cool for me to pull the trigger.

Walked into one of the local shops this week and they had a tray of generic silver rounds. Boring, right? They seem to be 1980s Silver Towne type pieces. Nice quality and not as common as they used to be, but not rare by any stretch.

A few were toned--again, not unheard of and nothing especially desirable or valuable.

But one or two had exceptional toning. That's a little more interesting.

But then the dealer pointed out a few that were badly damaged. Apparently, a contractor was using a modified skid loader to tear down an old single-wide way back in the woods. The loner tenant had passed away a few years back and the landlord just wanted the dilapidated trailer removed. The contractor had picked up part of a wall and was lifting it into his lift trailer when a "waterfall of silver coins poured out". Over 100 of these vintage rounds had been hidden inside the section of the wall. There was apparently some gold, too, but the contractor decided to keep that for himself.

So I picked the prettiest of the bunch. How do you pass up a $20 story like that?

What'd you get this week? 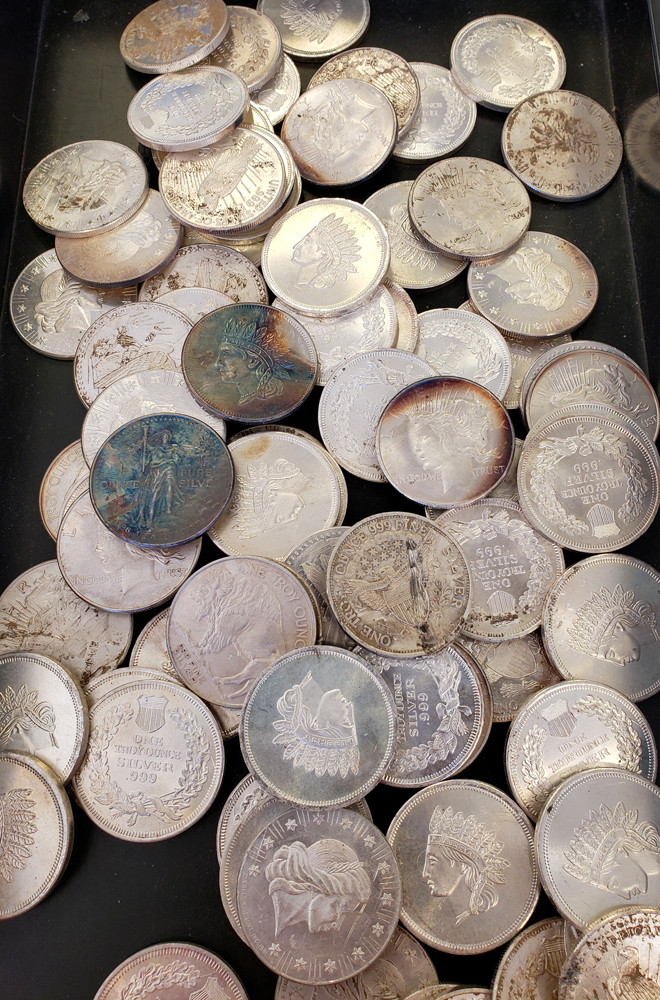 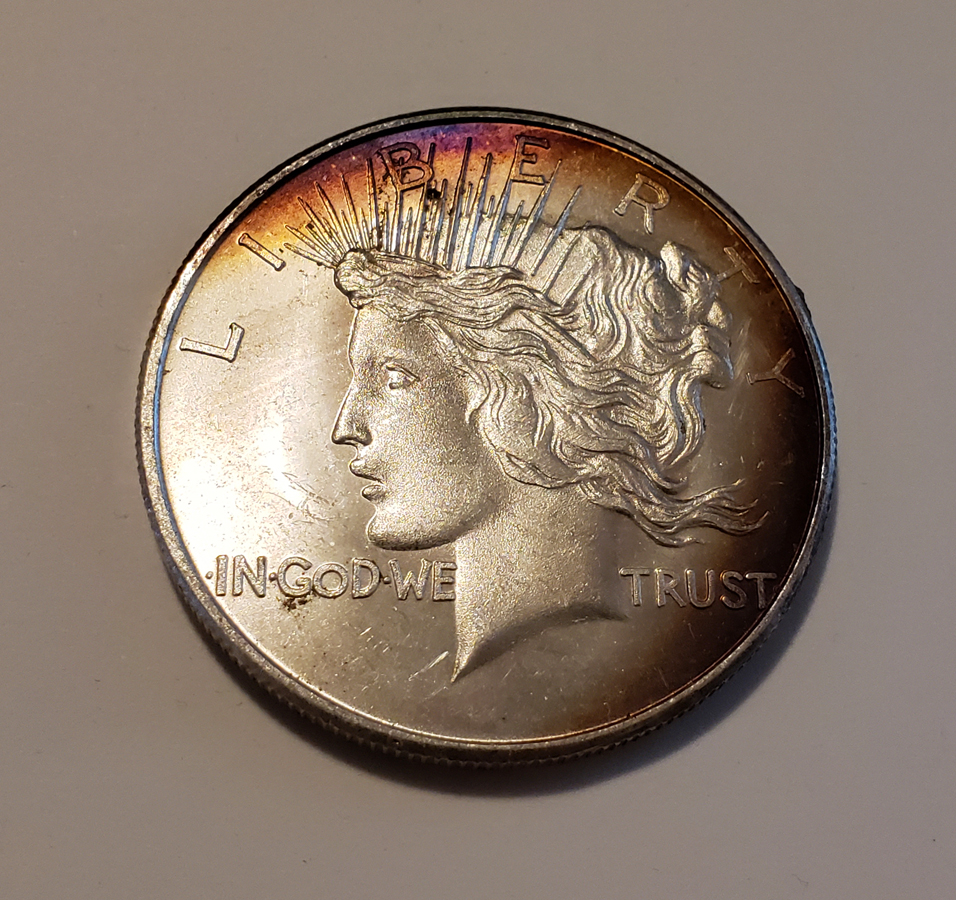 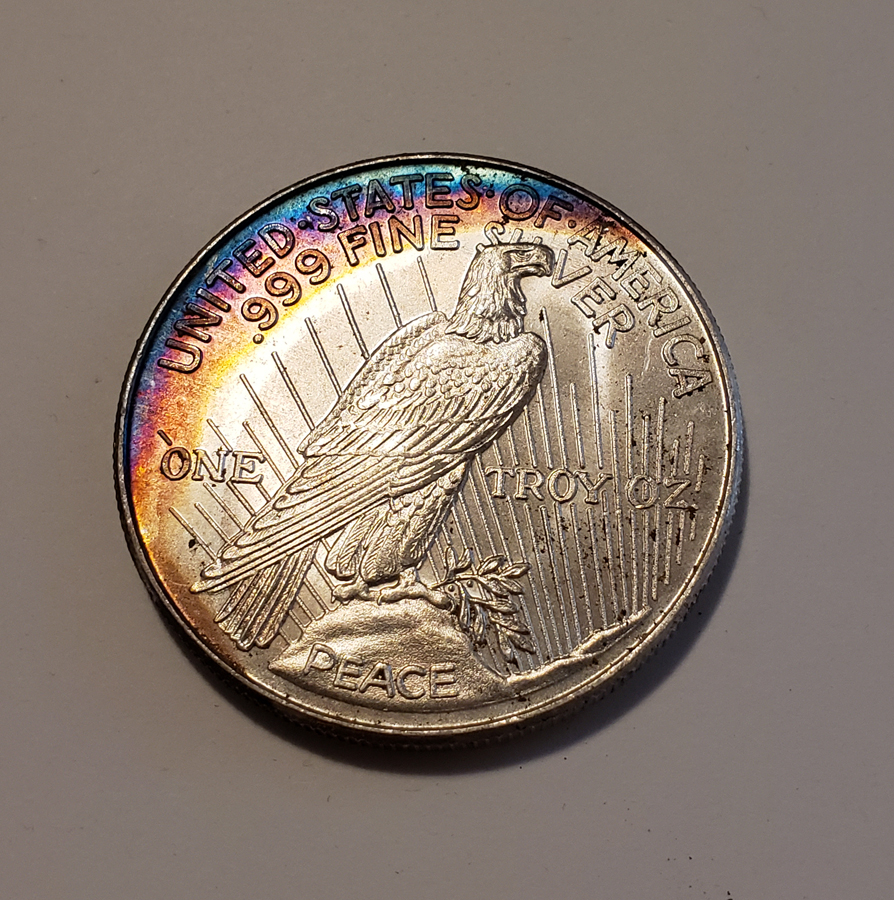 We are like children who look at print and see a serpent in the last letter but one, and a sword in the last.
--Severian the Lame
15