I purchased this a few months ago and just had the grade post at PCGS this week. AU-55! I don't see many raw CBHs come up for sale this nicely toned, so I jumped on this one, and I'm glad I did. I've had a pretty good year so far with capped bust halves. 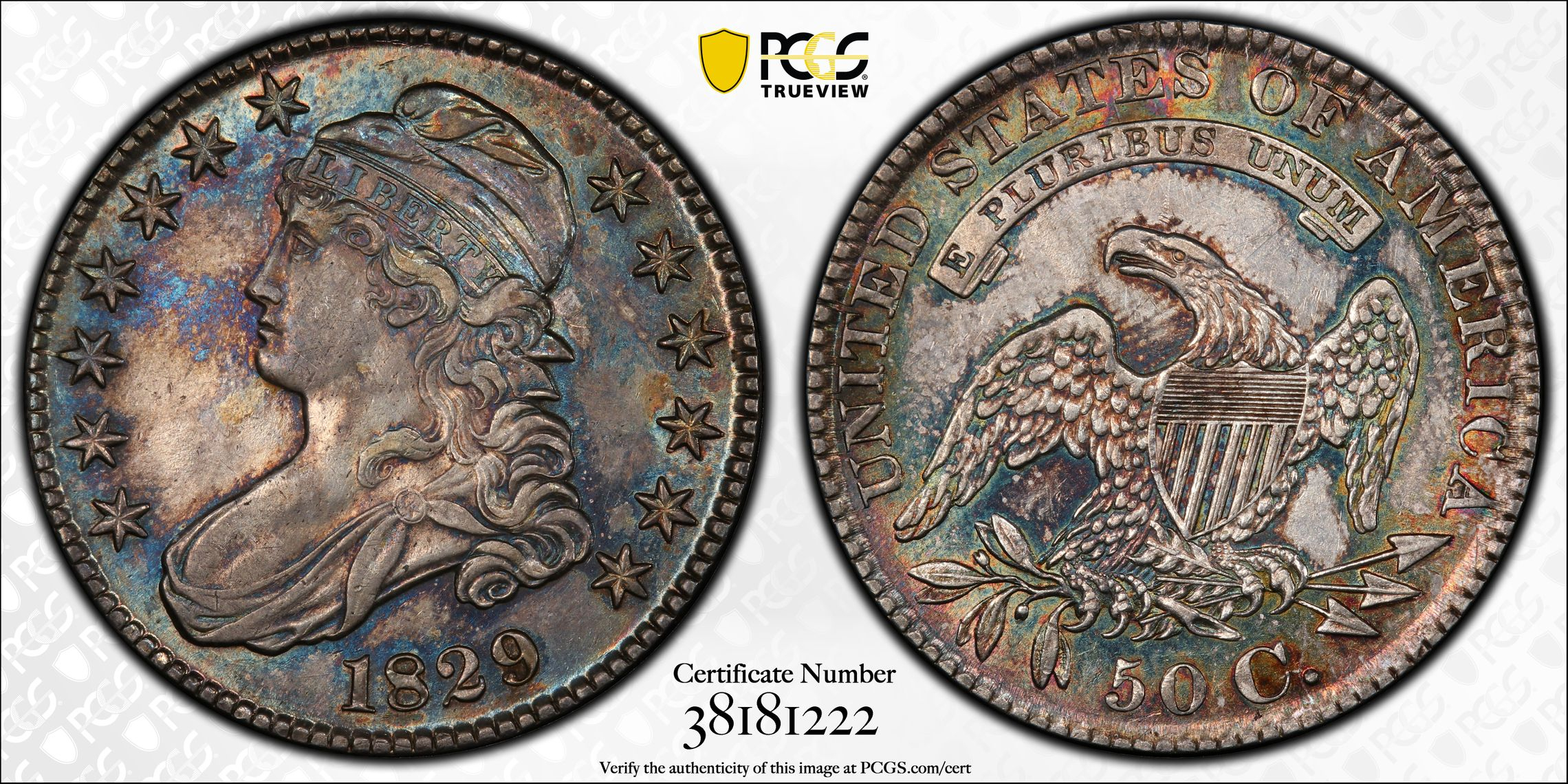