Who is better? Ruth, Williams … How about Ty Cobb? 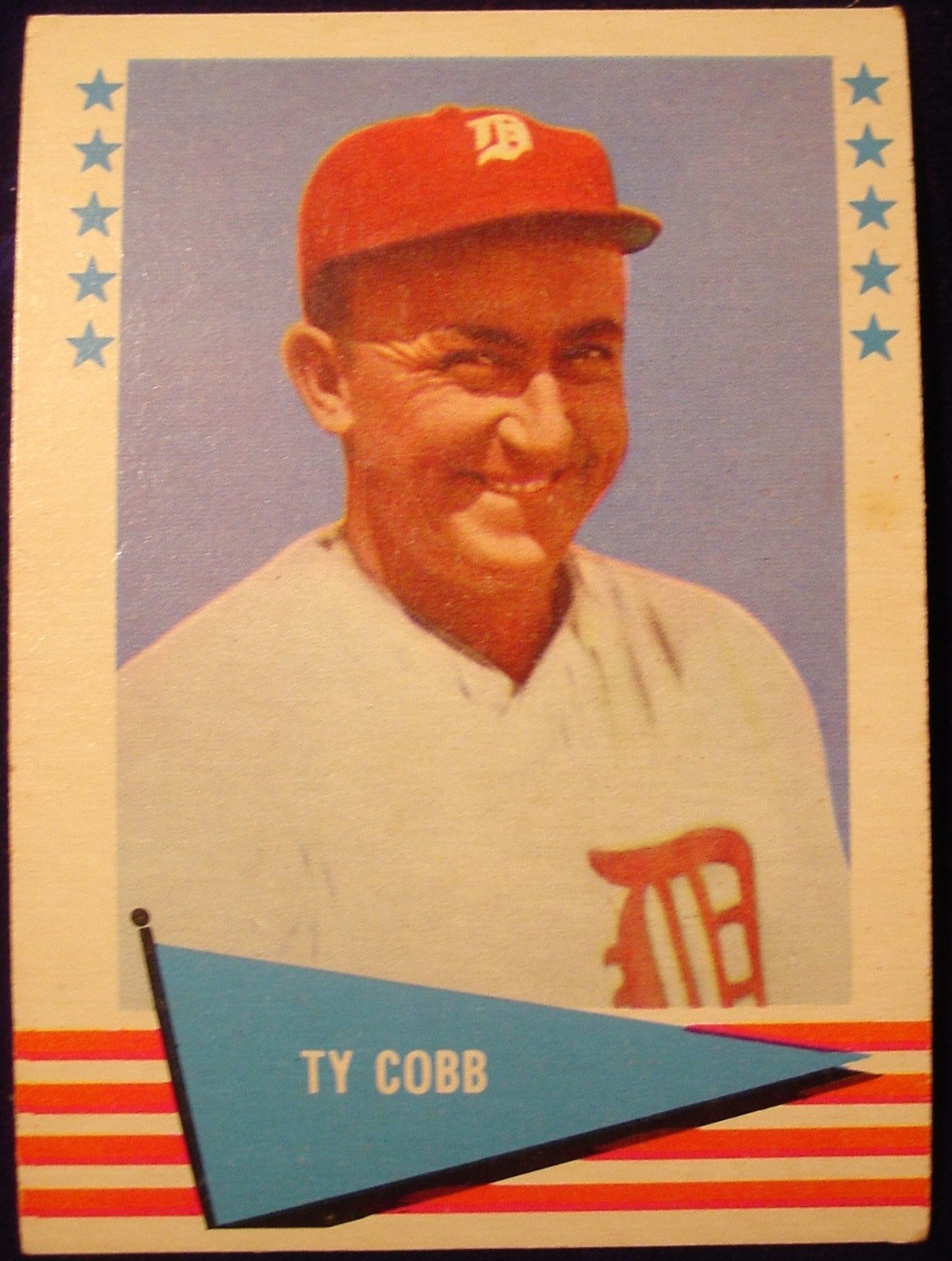 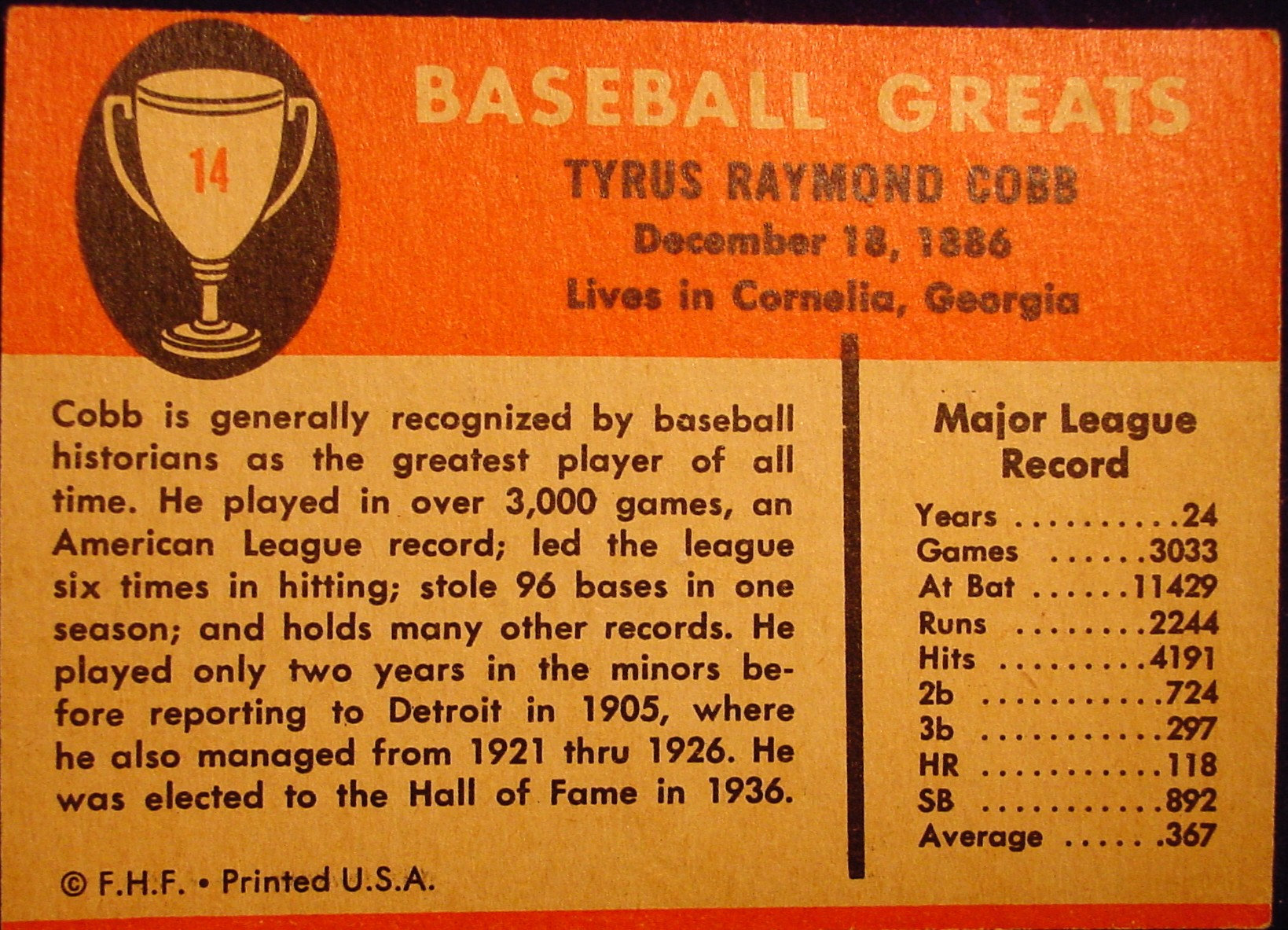 At the time that this card was issued, Cobb held the most all-time records in baseball, even more than Babe Ruth. I think that it’s safe to say that Cobb’s lifetime batting average of .367 will never been beaten. Of course, baseball was different then, and if there is interest I’ll relate some stories to you about how different it was.

This generation of baseball chroniclers had a different perception of the game. They were most impressed by the “inside game” where tight pitching, batting average, stolen bases, hit and runs and strategy mattered more than clubbing the ball into the stands or out of the park. They were like my late father who was a boxing fan. He admired the pugilists who could jab, slip punches and throw well-timed counter blows. He had little use for “club fighters” whose main strategy was to knock their opponent out. For the Ty Cobb enthusiasts, Babe Ruth was “a club fighter.”

In 1936 Cobb received more votes to enter the Hall Fame. He was named on all but four ballots. The other players whom the baseball writers elected that year were Cobb, Babe Ruth, Honus Wagner, Christy Mathewson and Walter Johnson.

BTW I have complete set of these 1961 Fleer cards. They served as my introduction to baseball history when I was kid. I collected all of them “back in the day” except the Grover Cleveland Alexander card, which was #1. I never picked up the right package of gum, I guess. Years later I was at one of the few baseball card shows I have even attended, and a dealer had that card, which I was more than happy to buy to complete the set.

Retired dealer and avid collector of U.S. type coins, 19th century presidential campaign medalets and selected medals. In recent years I have been working on a set of British coins - at least one coin from each king or queen who issued pieces that are collectible.
1
«123»