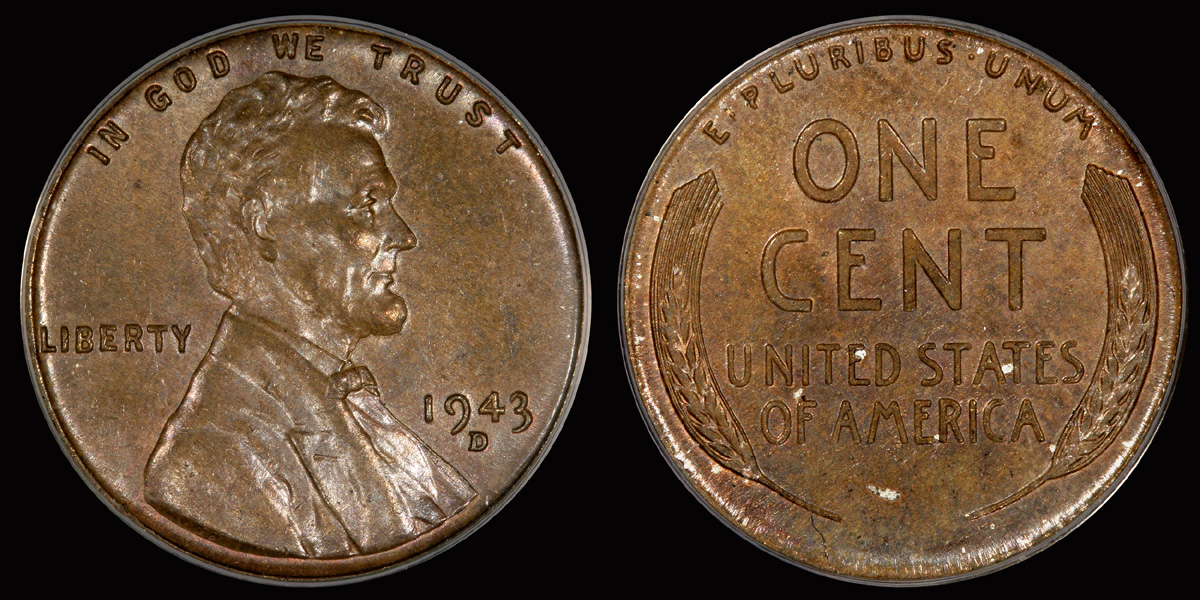 The only known 1943 Lincoln Cent mistakenly struck on a bronze planchet at the Denver Mint has been sold for a record price of $1.7 million by Legend Numismatics of Lincroft, New Jersey. The unique coin, not publicly known to exist until 1979, is graded PCGS MS64BN.

The new owner is a Southwestern United States business executive who wants to remain anonymous. He also purchased in the same transaction through Legend a 1944 Philadelphia Mint cent struck on a zinc planchet, graded PCGS MS64, for $250,000, and an experimental 1942 Philadelphia cent mostly composed of tin for $50,000. The unnamed new owner plans to exhibit these coins and others at the Florida United Numismatists convention in January.

“The 1943-D bronze cent is the most valuable cent in the world, and it took four years of aggressive negotiations with the coin’s owner until he agreed to sell it,” said Laura Sperber, President of Legend Numismatics.

“The new owner is a prominent Southwestern business executive who’s been collecting since he was a teenager, searching through pocket change looking for rare coins,” explained Sperber. “As a youngster he thought he’d actually found a 1943 copper cent in circulation but it was not authentic. He still has that in his desk drawer, but now he’s the only person to ever assemble a complete set of genuine 1943 bronze cents, one each from the Philadelphia, Denver and San Francisco Mints. He will display that set at FUN along with his 1944 Philadelphia, Denver and San Francisco zinc cents.”

The anonymous collector who formerly owned the coin “donated it to a charitable organization so they could sell it with all of the proceeds going to the charity,” according to Andy Skrabalak of Angel Dee’s Coins and Collectibles in Woodbridge, Virginia who acted as agent on behalf of the former owner.

“As a specialist in small cents, this transaction is the ultimate accomplishment for me and I’m privileged to be part of it. I don’t think it will ever be duplicated in my lifetime,” said Skrabalak.

Zinc-coated steel was used for producing cents in 1943 to conserve copper for other uses during World War II, but a small number of coins were mistakenly struck on bronze planchets left over from 1942.

“We estimate that less than 20 Lincoln cents were erroneously struck in bronze at the Philadelphia and San Francisco Mints in 1943, but this is the only known example from the Denver Mint,” said Don Willis, President of Professional Coin Grading Service.