I’m currently completing a few jersey frames which include signed pictures and a signed puck in the middle. See attached Hasek frame for an example. I have the Gretzky jersey and pictures but no puck. I haven’t bought it yet because I’m considering replacing it with Gretzky’s rookie card. Not sure if it would be Topps or O-Pee-Chee but it would be graded in the 3-5 range.

My question is, which one do you think would look better? Here are some points I’m considering:

At the end of the day, either would look great. I don’t have anybody in my circle that would have enough passion to provide an honest opinion, so I’d like to hear from anybody that would like to share an opinion! Thanks for listening! 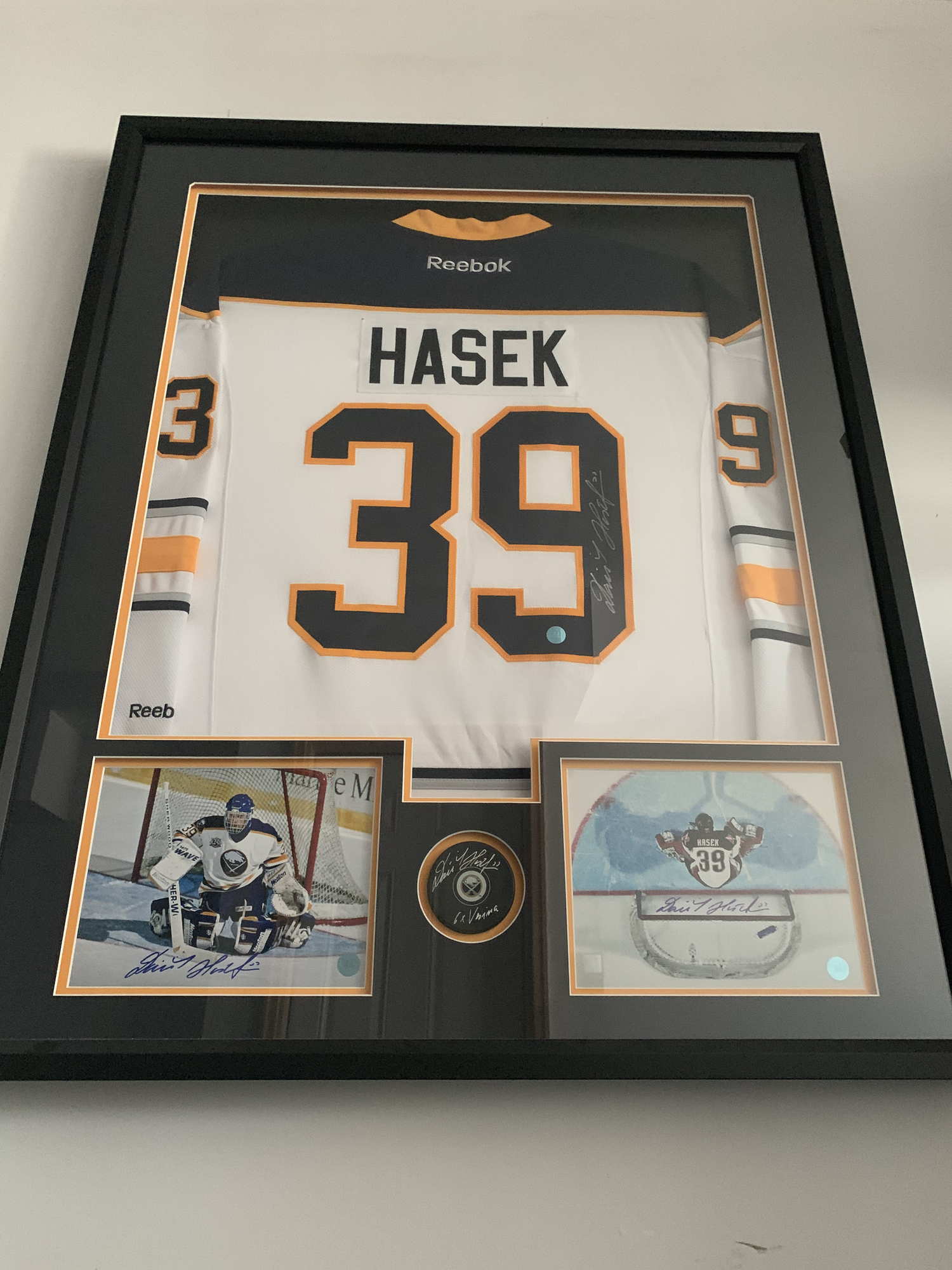