I have been working a cash register lately and always set aside the star notes. Any suggestions on determining value? (I am a card guy) I tried to list as auctions on eBay starting at face value, unfortunately since they made me sign up for their managed payments I am no longer able to list in that category for some reason. Here is what I have found of interest so far: 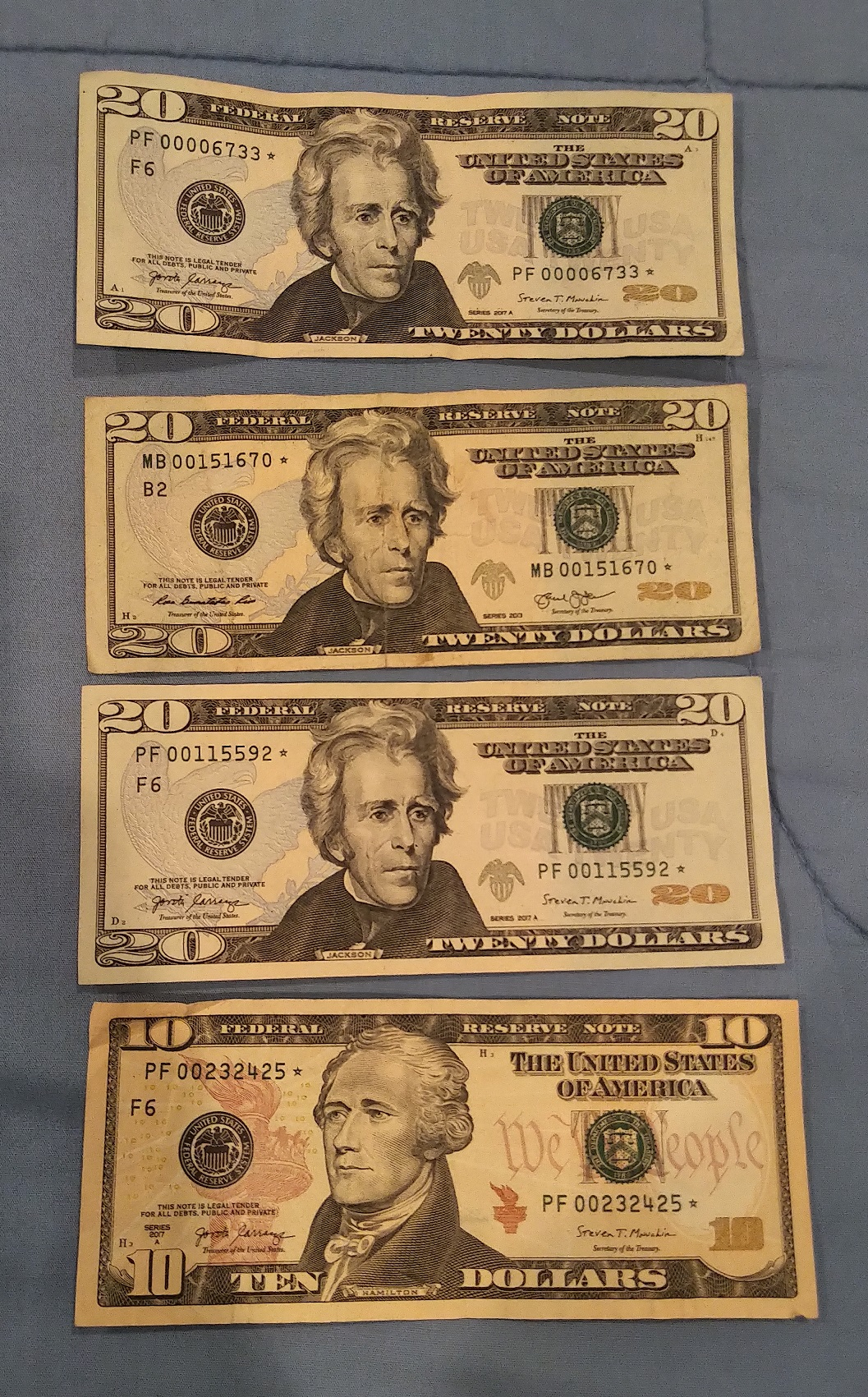 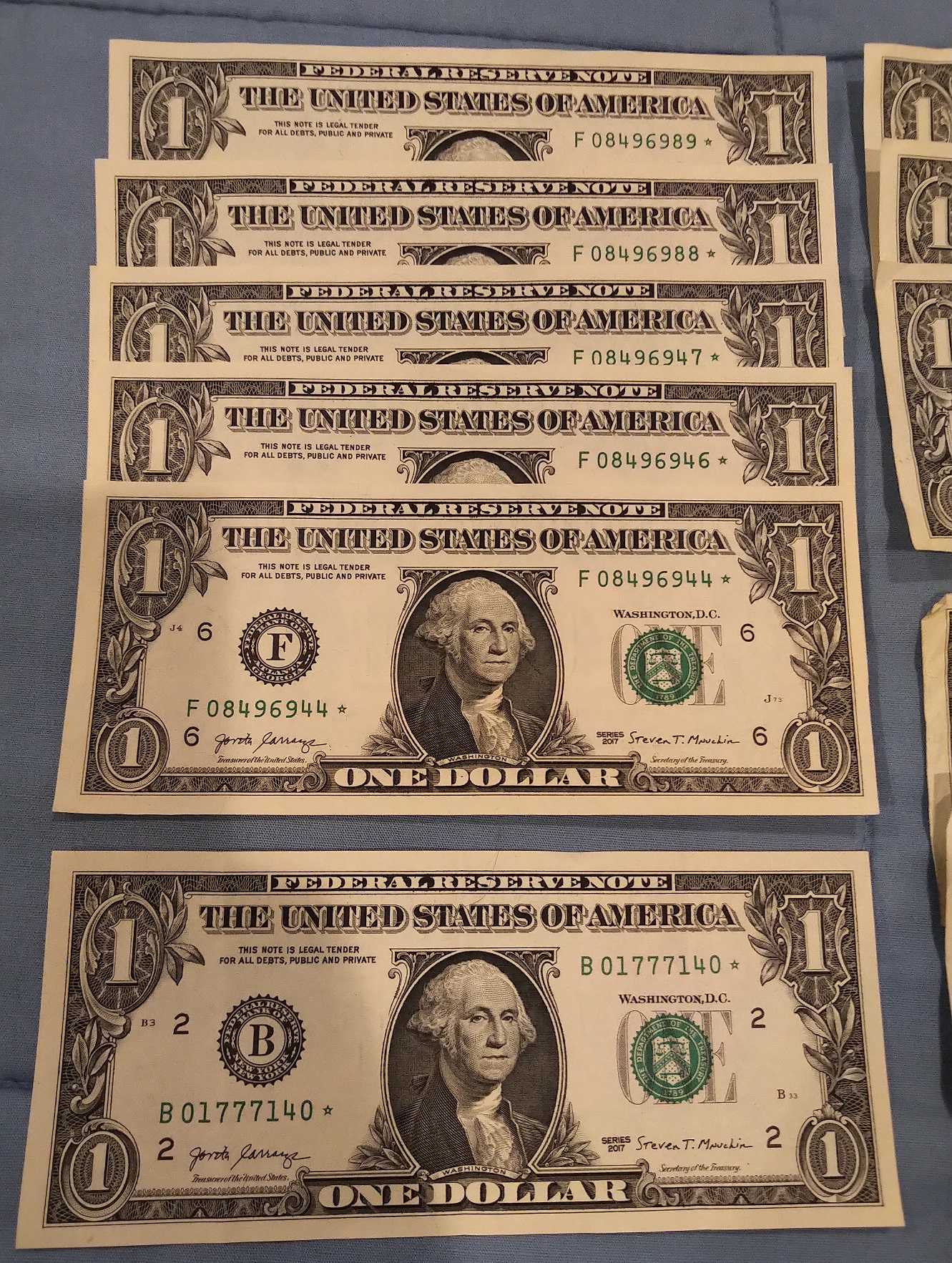 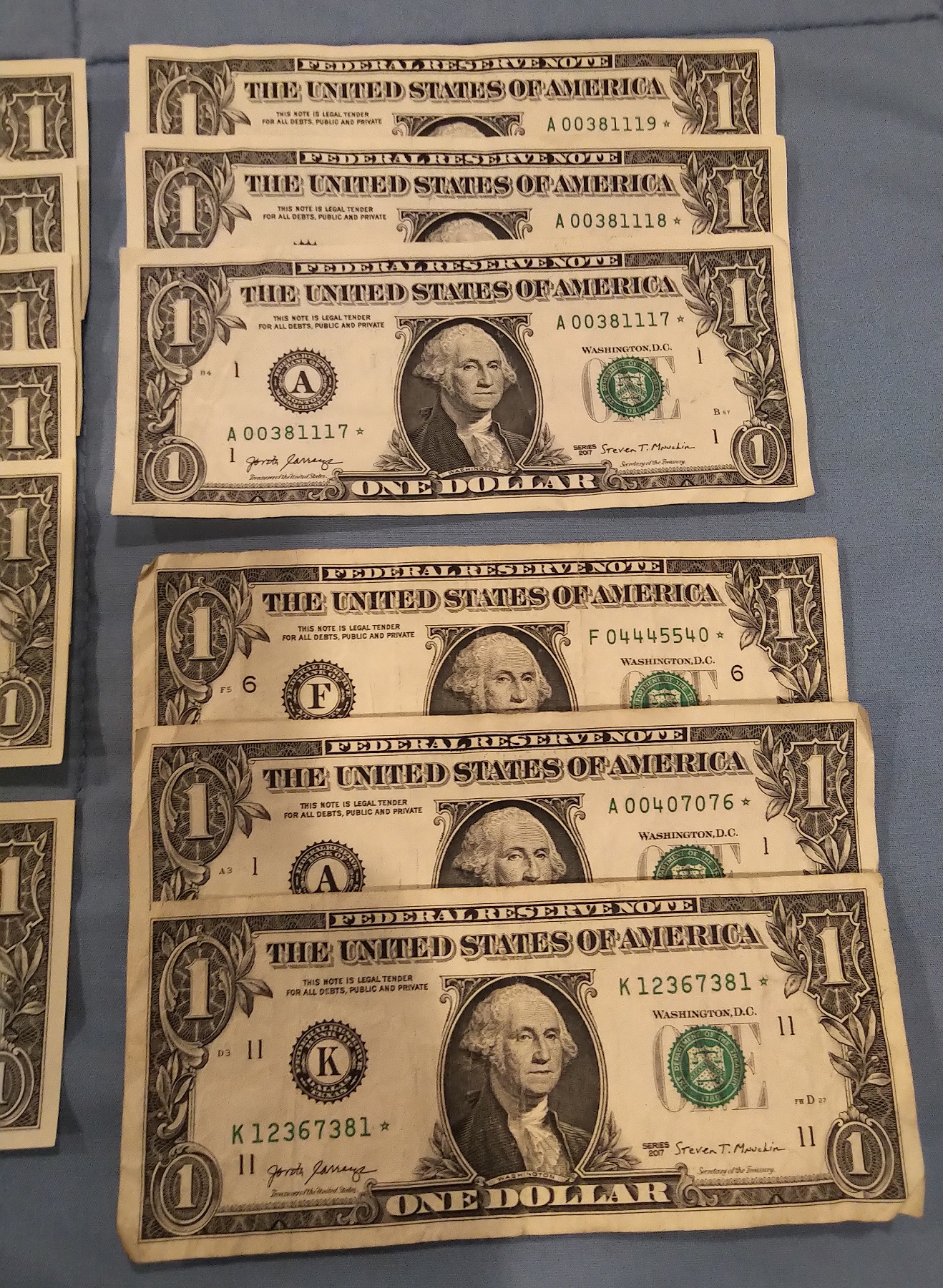