I follow Lesher Dollars and associated medals. This is the first time I've seen this type of case. Is this a one off or were there many done like this?

Did anyone here donate to the Lesher House Restoration fund?

Update: this is a newp now. 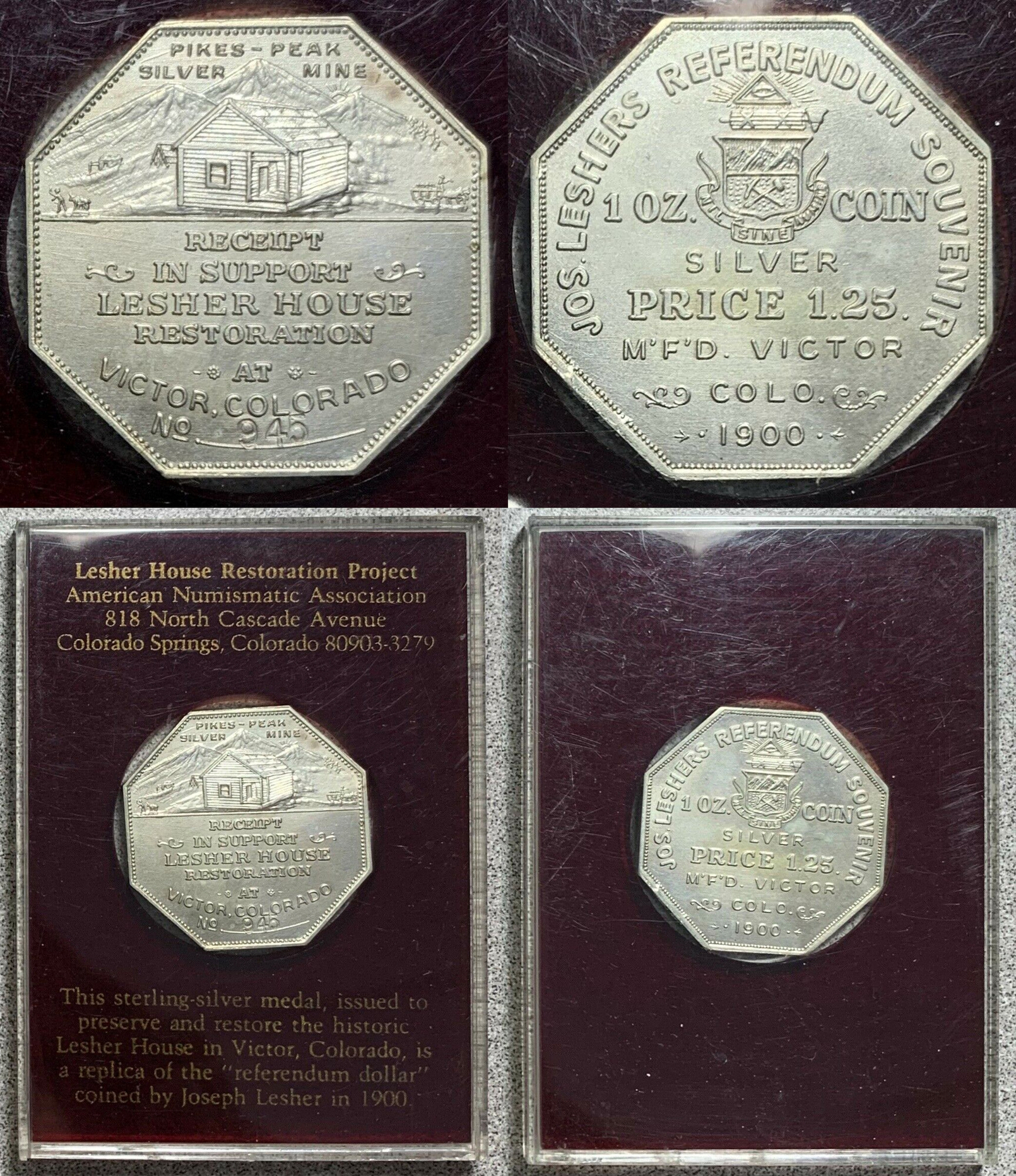