Metal-detecting grandmother, 66, discovers a delicate gold ring in a field and says it 'may have been owned by William Shakespeare'
A grandmother who spends her spare time scanning the British countryside for hidden gems with her metal detector has unearthed a delicate gold posy ring.

The find, unearthed near Shakespeare Hall in Warwickshire, may have once been owned by William Shakespeare, according to its discoverer.

Retired postlady Sue Kilvert, 66, uncovered the gold posy ring while inspecting a field next to Shakespeare Hall in Rowington, Warwickshire.

The hall used to be owned by the Shakespeare family and local legend has it the great bard wrote his play 'As You Like It' there.

The small ring has a delicate red and white enamel and carries the inscription 'Truth Betrayes Not'. 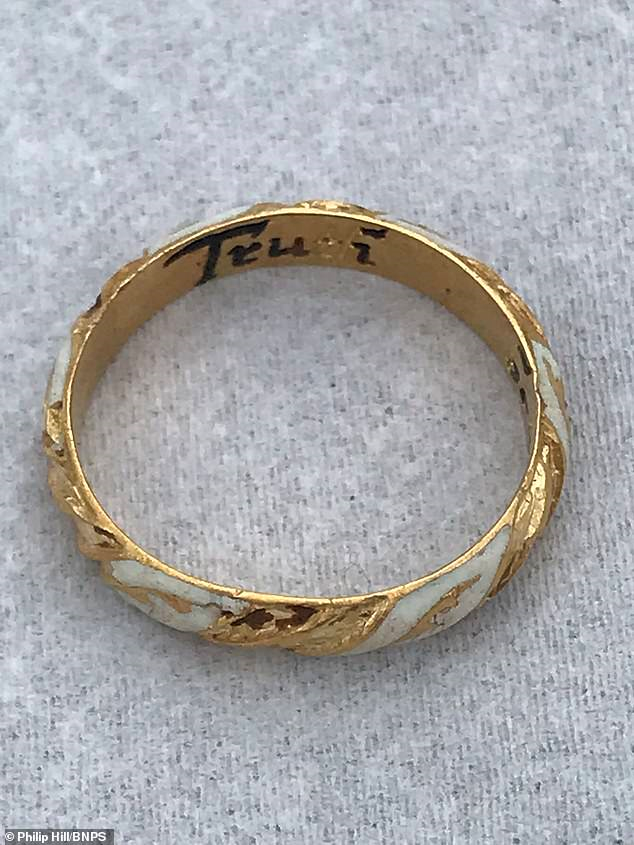 Ms Kilvert, who has been detecting for about five years, was approaching the bottom of the banked field when she got a strong signal on her machine.

She dug down eight inches (20 cm) into the ground and found the object in the soil.

First impressions of the ring were underwhelming, with Ms Kilvert thinking it was simply a discarded children's ring from the modern day.

But on closer inspection she noticed the inscription on the inside of the band and its likely history. 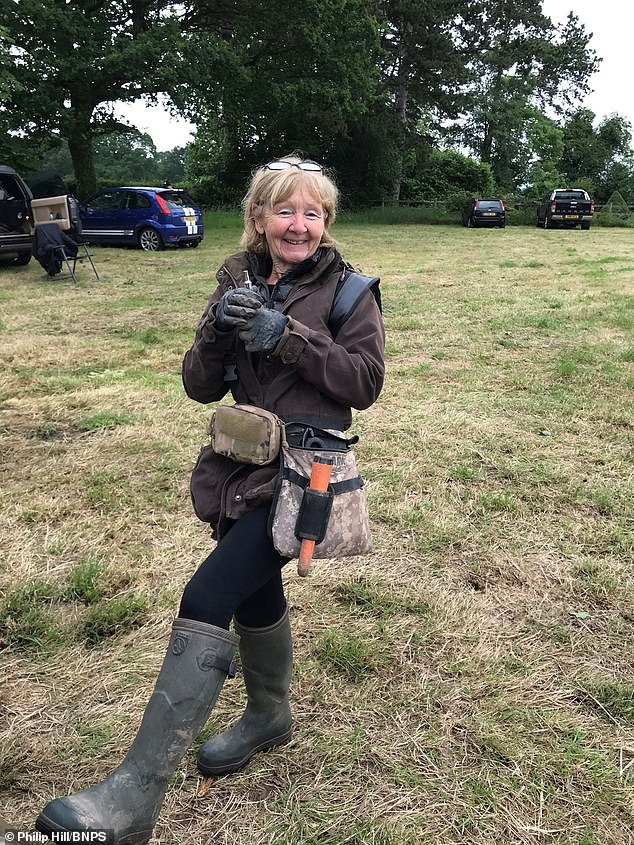 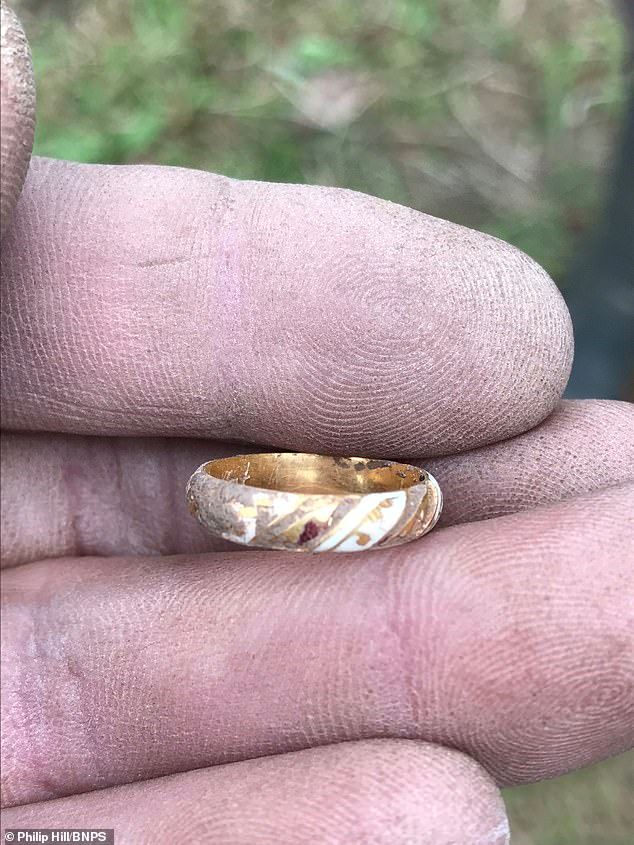