White's going out of business??

Someone posted this on one of the facebook forums. Not sure what's going on, but I'm sure we'll hear more shortly.

My first detector was a White's, then I upgraded to a White's Spectrum XLT. After taking a break from detecting for 7 or so years, I had a tough decision to get either the Minelab Etrac or the White's Vision (I believe it was renamed to the Spectra V3 name). After careful thought I went with the Etrac due to the fact the White's detector hadn't been released just yet. I have many fond memories of my dad and I using our White's machines for many years. I hope they can continue, but I really don't know of anyone who has purchased one recently, or anything they have in the works. 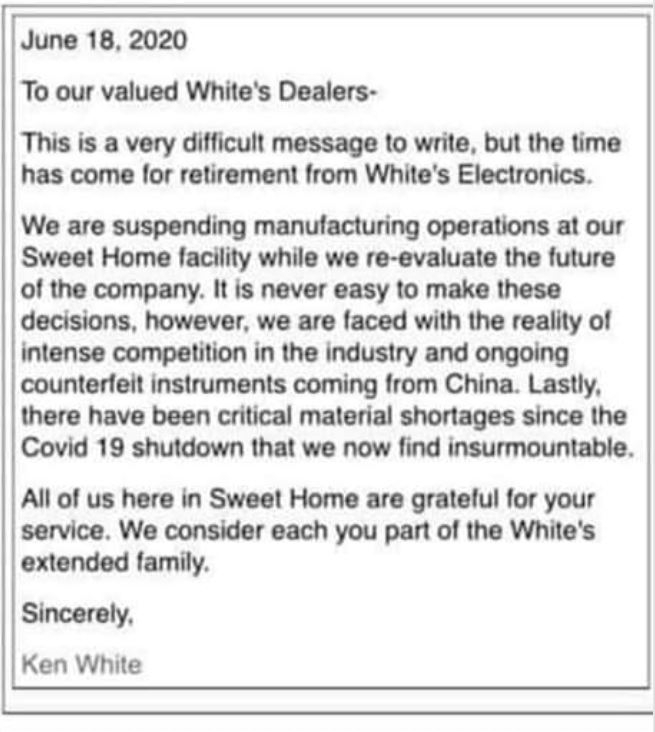