I have a unique autograph from Michael Jordan. Long story short, when I was in 8th grade I had a friend who had a cousin who played for the Bulls. The Bulls played Milwaukee (where I grew up) in the first round of the playoffs that year (Jordan's rookie year as you can see in the caption of one of the photographs), and I got to go downtown with my friend to the hotel where the Bulls were staying. The unfortunate thing is that I was 14 and used a cruddy looking piece of paper with pictures scotch-taped to it for Michael Jordan to sign. Then I also ended up leaving it in a box in my parent's attic until years later, at which point I had the autograph framed to at least preserve it from that point forward.

So my question is, does this really have any significant worth? 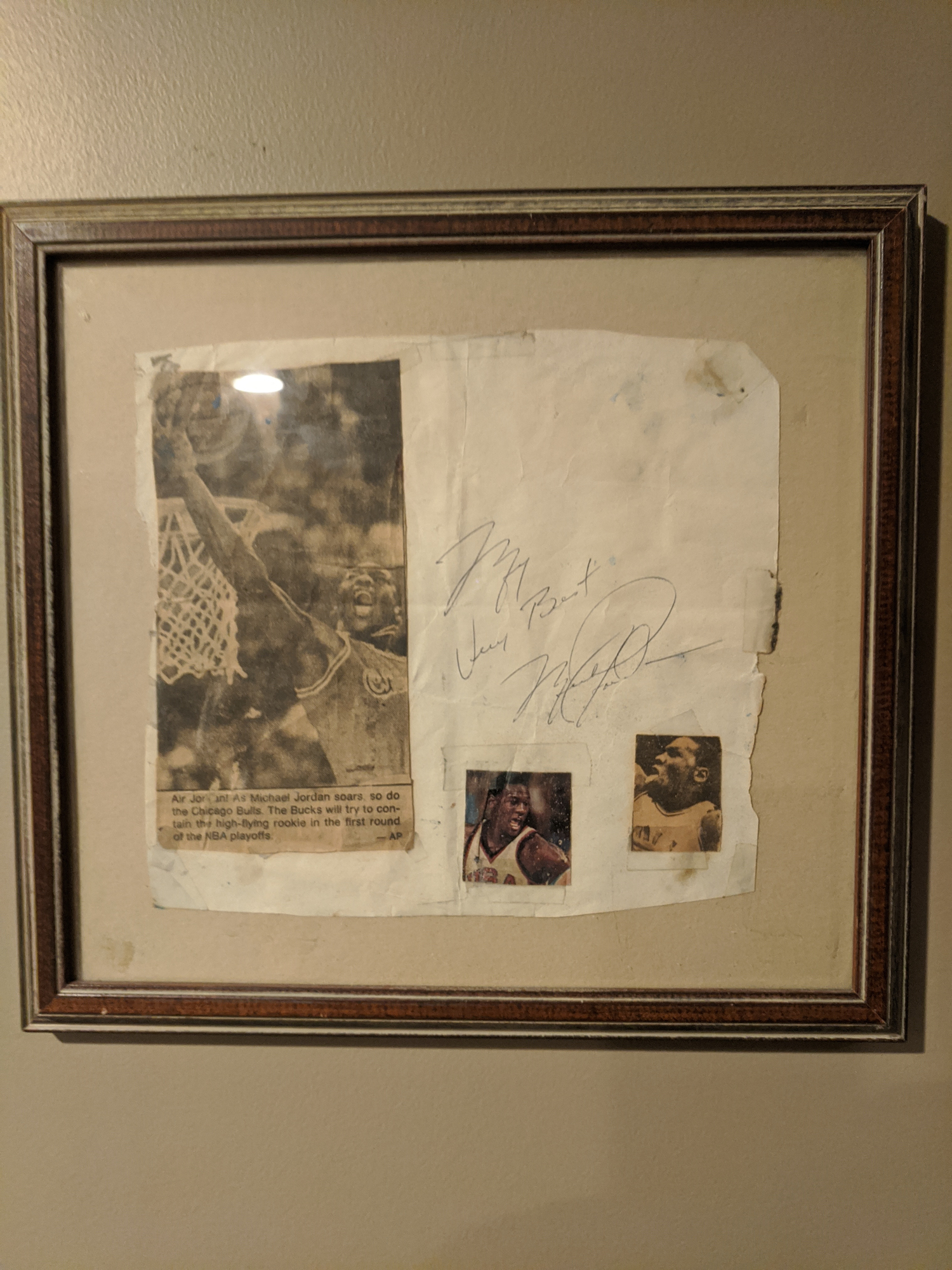