Just before Christmas, I fired off two Mickey Mantle Jumbo submissions. I thought it would be fun once again to share with the CU Forums.

The first submission contains two items; both are from the 1960s. One is a sort of funny, sun in his eyes shot from the Sports Pix Set of 1960 and the other is a classic, though in a way anachronistic, posed photograph from the 1961 Manny’s Baseball Land set (Manny’s was a sports themed store located across the street from the old Yankees Stadium). Both items have had the signature authenticated - the former by PSA and the latter by Beckett. This will be my first experience with a PSA/DNA submission; I’m excited as I like the extra eyes of approval on the signatures (I like them, too, as have most who viewed them) plus the dual authentication for the Registry aspect and combining that with the value of the protective PSA slab. 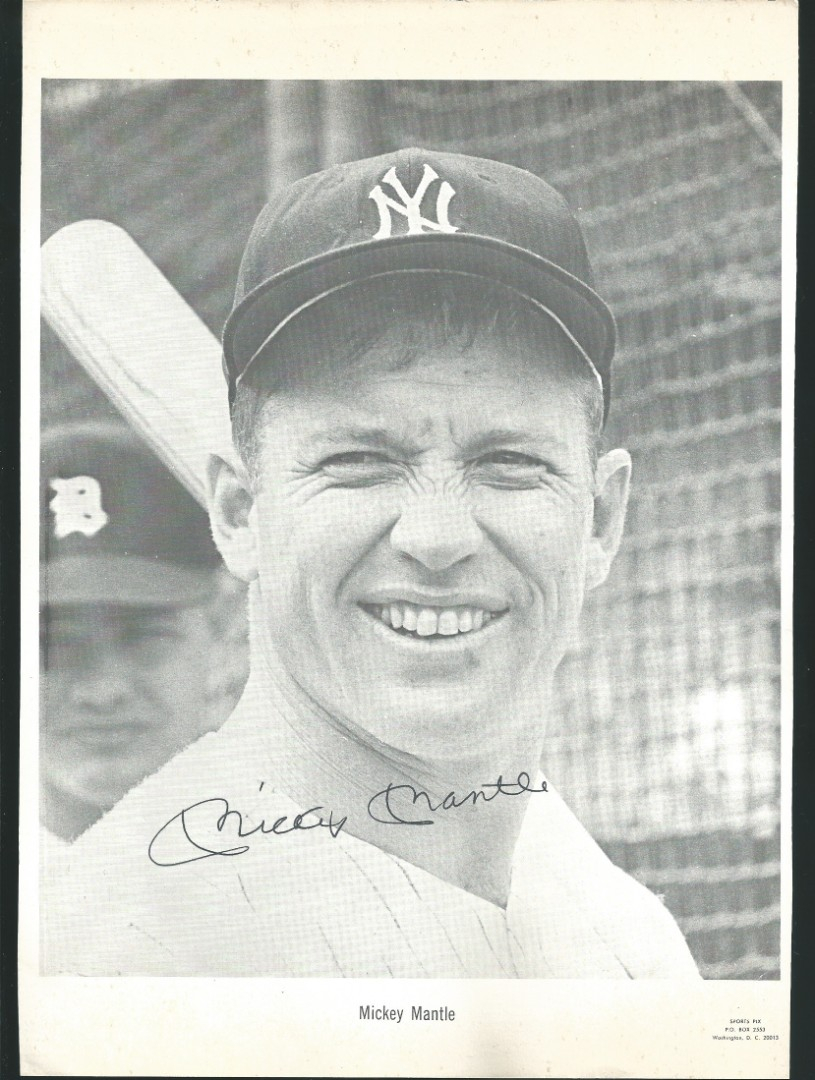 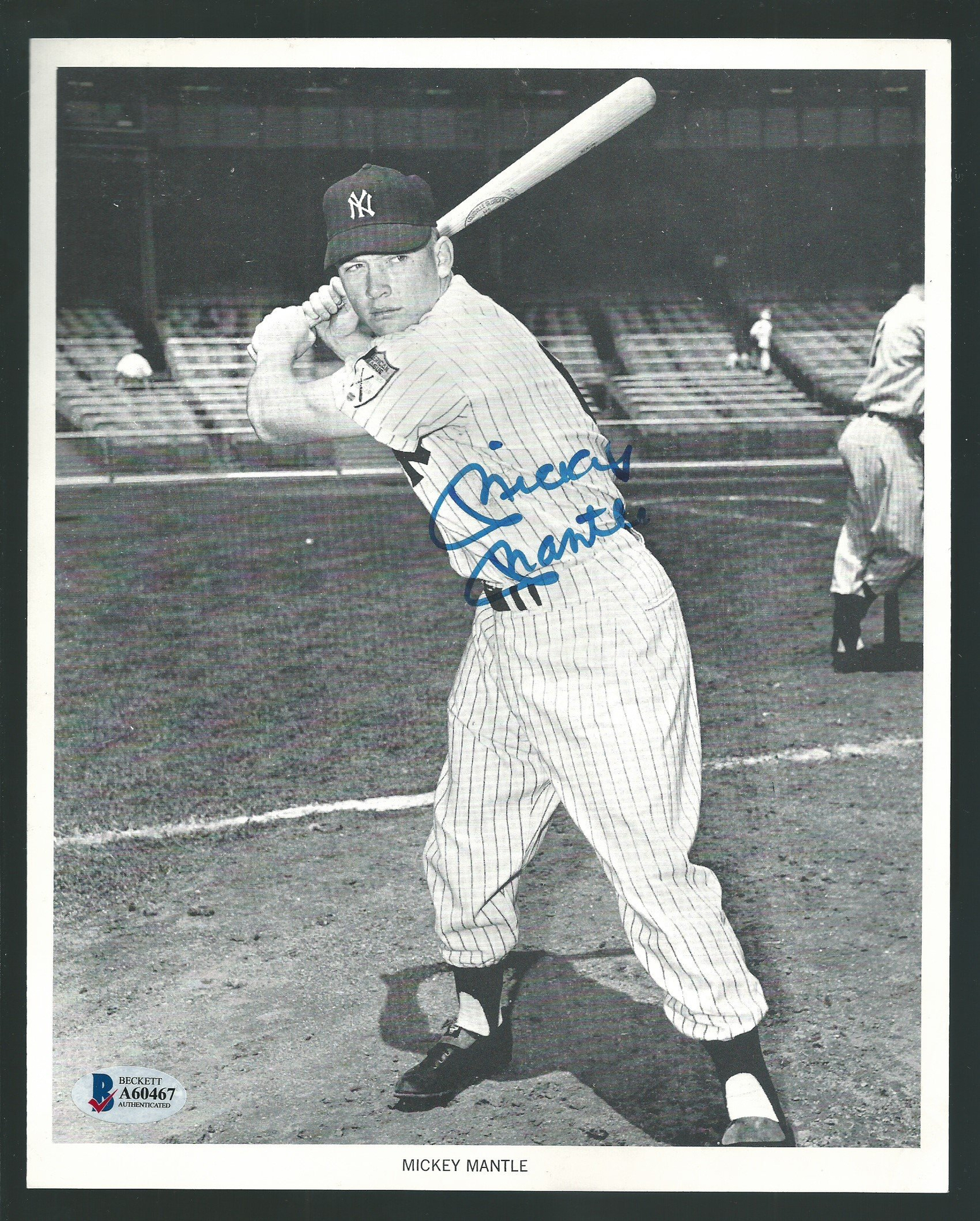