This is another token from the local B&M token junk box, that I bought yesterday, mainly because it looked both interesting and old. I was able to find a couple of examples of the 'ONE PENNY' side of the coin, but they appeared to be bronze and had a keystone on the other side. I couldn't locate one like this. It appears to be aluminum with a diameter of 32mm. Is this a listed token, and is it rare compared to the bronze keystone type? 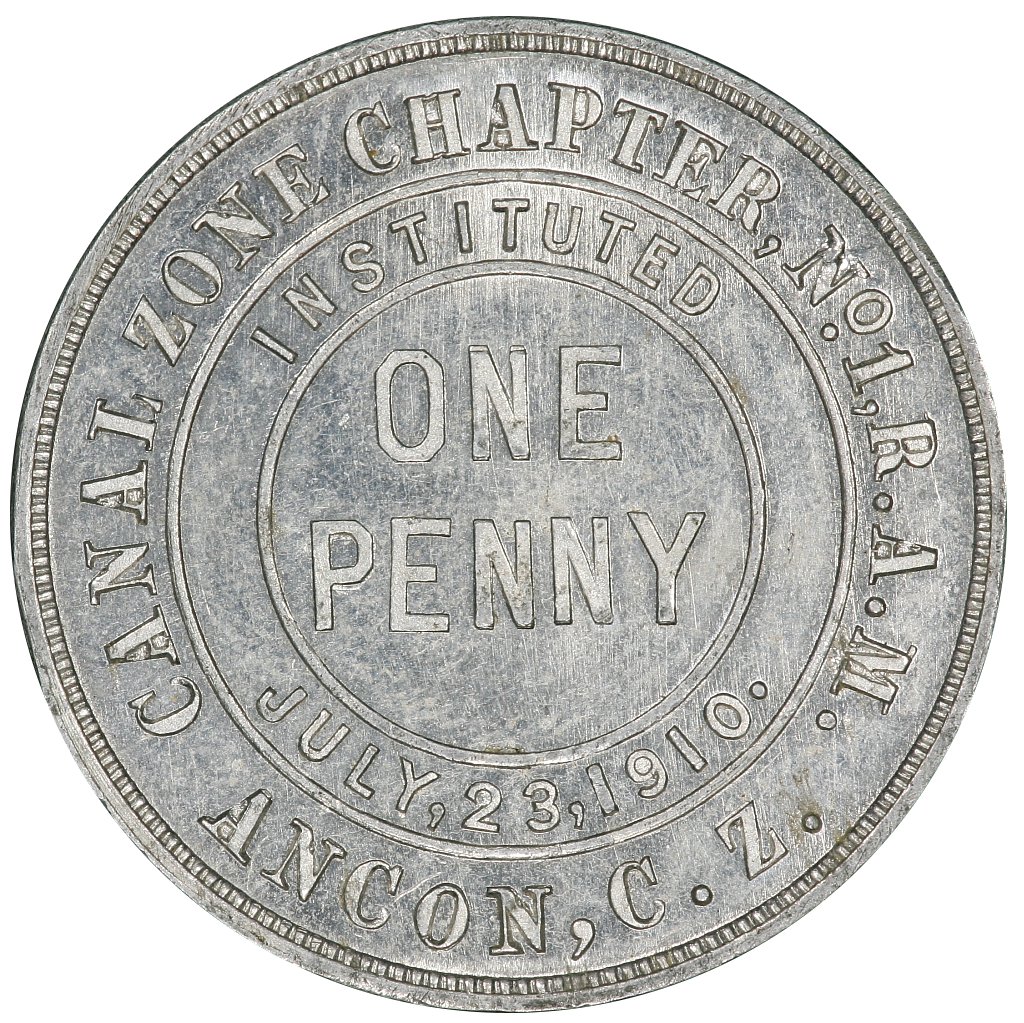 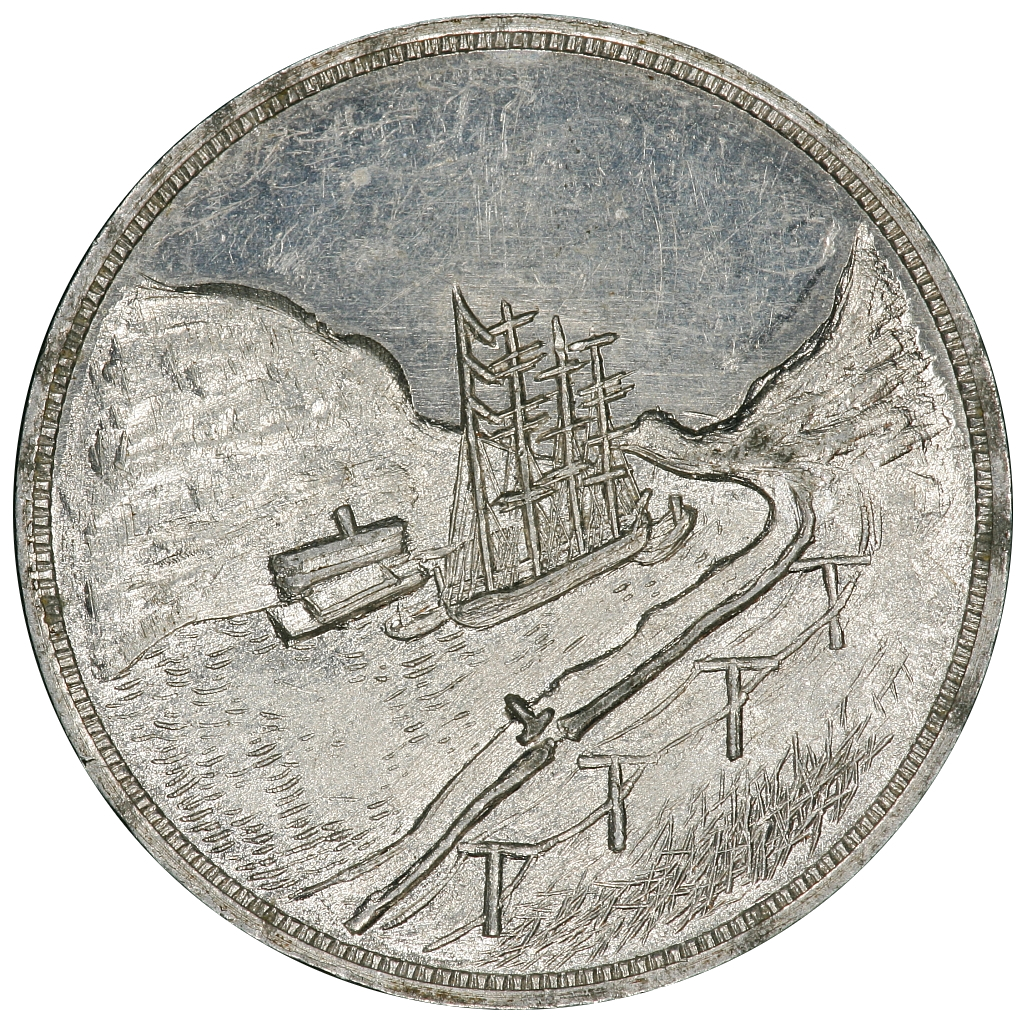