I just found a use for my old stamp collection.

Yesterday I dug out my old album, and since they aren't worth much I made a frame display to hang over my desk. Lotsa memories in those things.

STAMP SHOPS? Yep there used to be some.
If you only knew what I had to do to convince my old man that I didn't REALLY want that Spanish Goya ...nude!

Stamp shop in Carmel. Weekend trip with the folks. Had to tell him I wanted some absolute CRUD first. Then....as an afterthought.... oh gee, maybe a few from Spain, too. 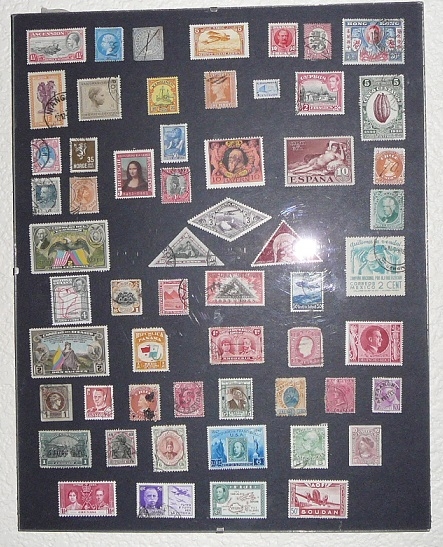