jonathanb Posts: 2,945 ✭✭✭✭
June 4, 2007 1:27PM in U.S. Coin Forum
This was something of an impulse purchase, because I like historical medals, annd I like bronze medals, and I was curious about the legend that Tristram Coffin was "the first of the race that settled in America". (Surely not the first white man. Maybe the first Coffin?). Besides, it's listed in Betts, so it's a recognized type, and maybe I could research it further eventually.

Once I received it and unwrapped it, my first thought was


My second thought, unfortunately, was

Like a lot of early medals, this specimen appears to be an electrotype of some sort. I've posted a couple of other electrotypes, one of a Libertas Americana medal, and one of a George Washington calendar medal. This on appears to be yet a third type of electrotype. Unlike the others, this one has exposed lead all the way around the edge. On the other hand, the copper layers on the obverse and reverse are much thicker on this Coffin medal than on the other two pieces -- this medal has significant wear and even some dings to the faces without breaking through the copper. I have a feeling that there might be a special name for the different electrotype processes, but I don't know what it is.

As a point of similarity, the Coffin piece does show the same sort of bulging that is present on the Washington piece. If you ever come across an old medal with a significant bulge in the obverse or reverse, that should probably be a red flag, whether or not the lead is exposed on the edge.

I'm posting this because the medal is still sort of interesting even if this isn't an original. If anyone has comments about this electrotype or different types of electrotypes, I'd love to hear those as well. 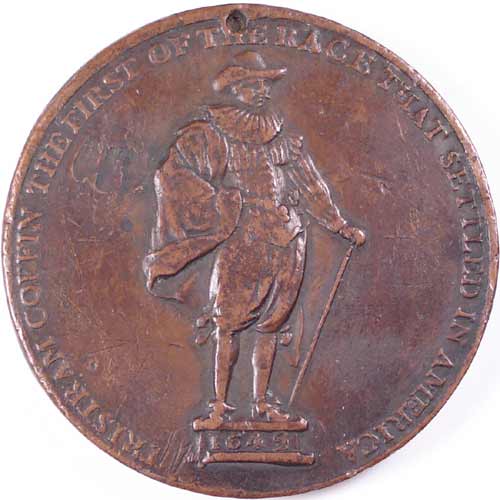 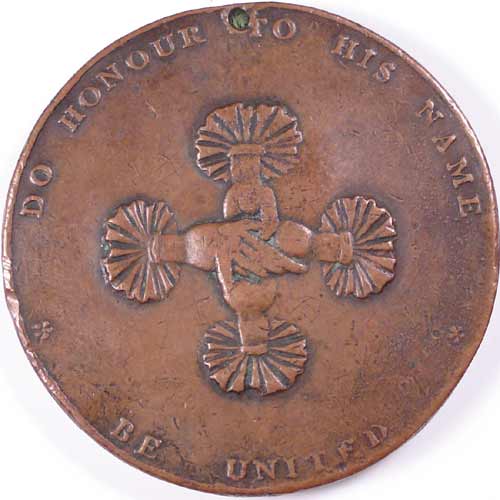