Can anyone help me ID and date this Martin Luther king signature?

Hey, everyone! This family has been in my family for quite a few years but we’re unfortunately unable to tell why it was given to us and where. I’ve included a couple photos here. Cheers! 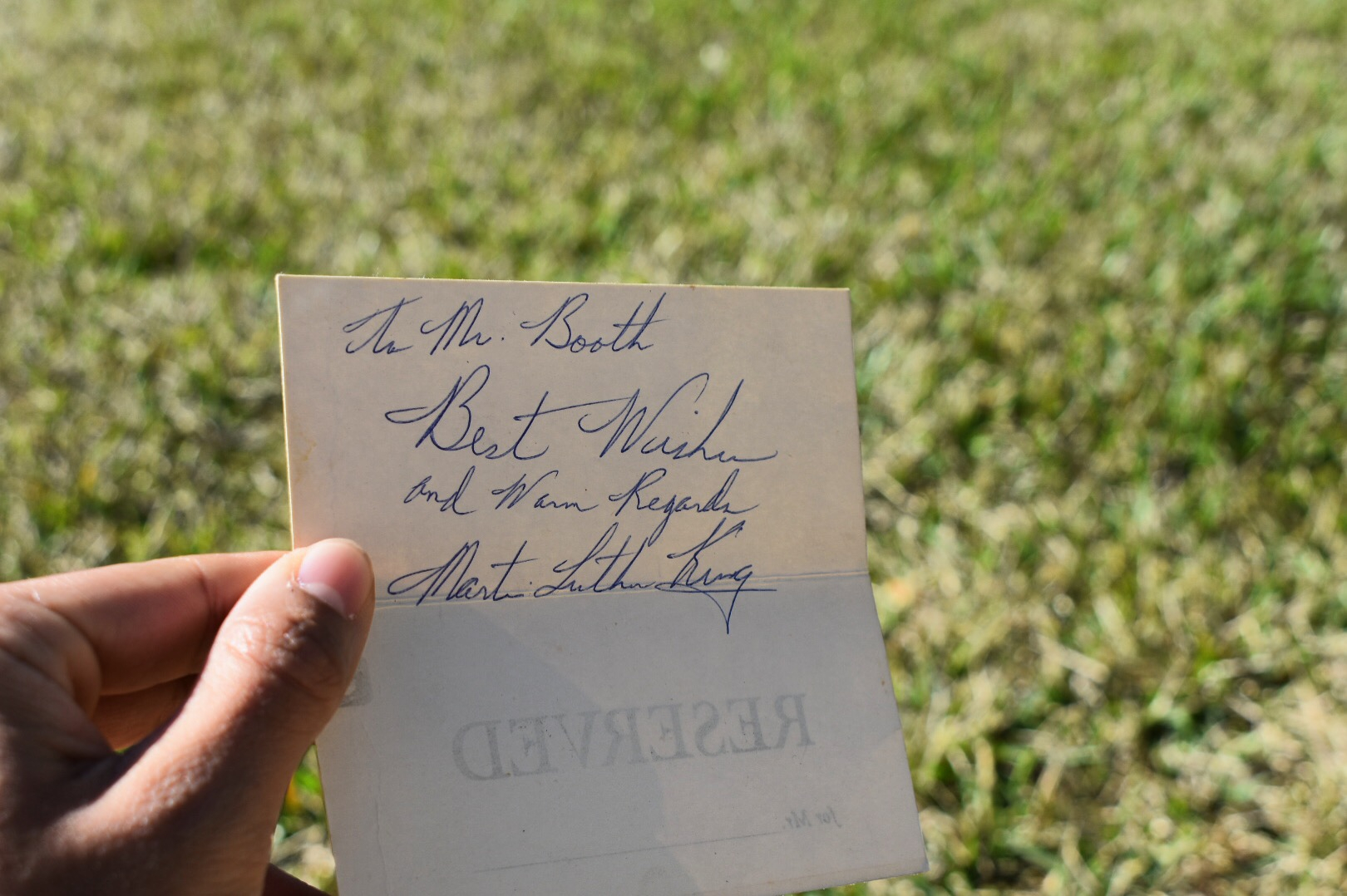 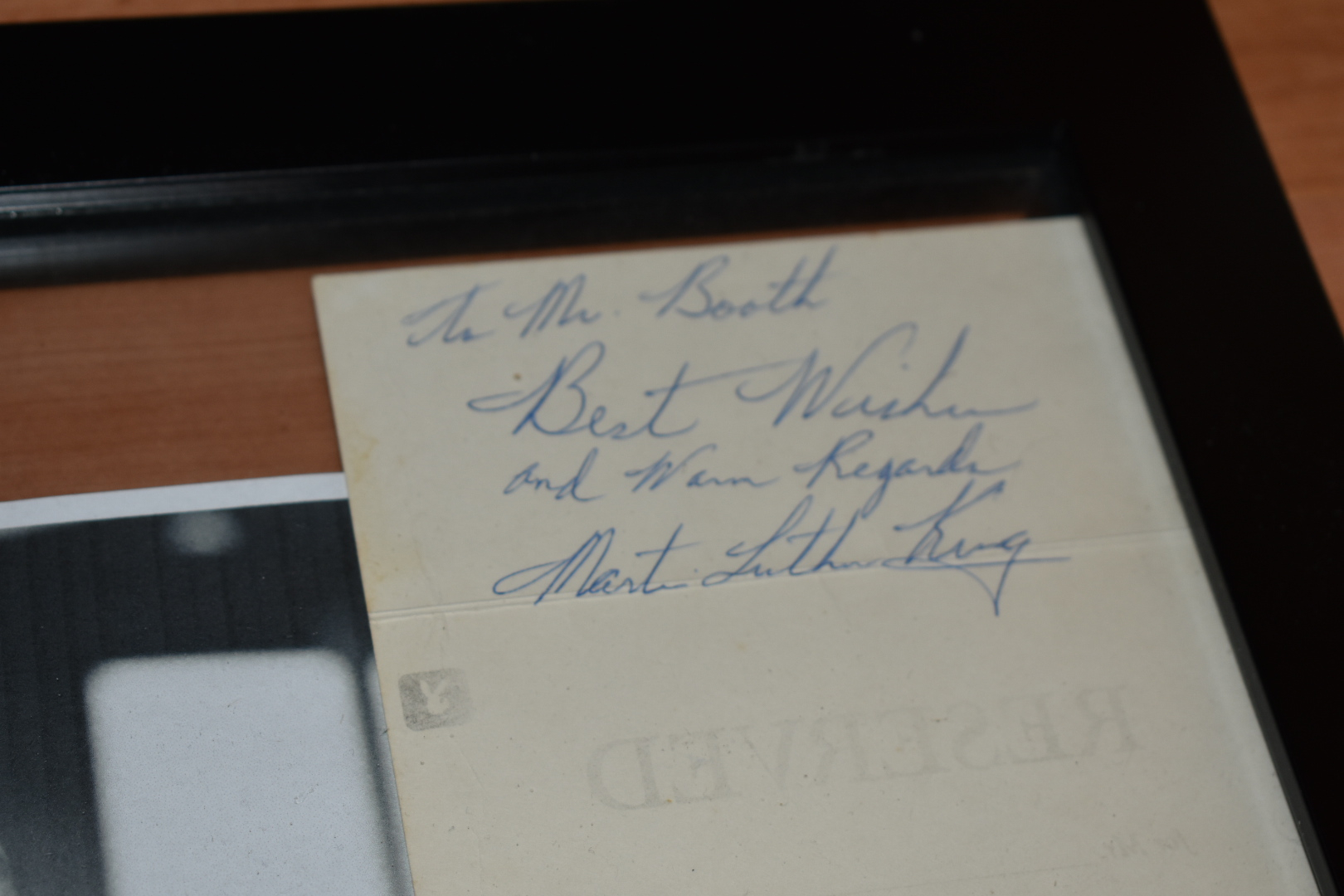 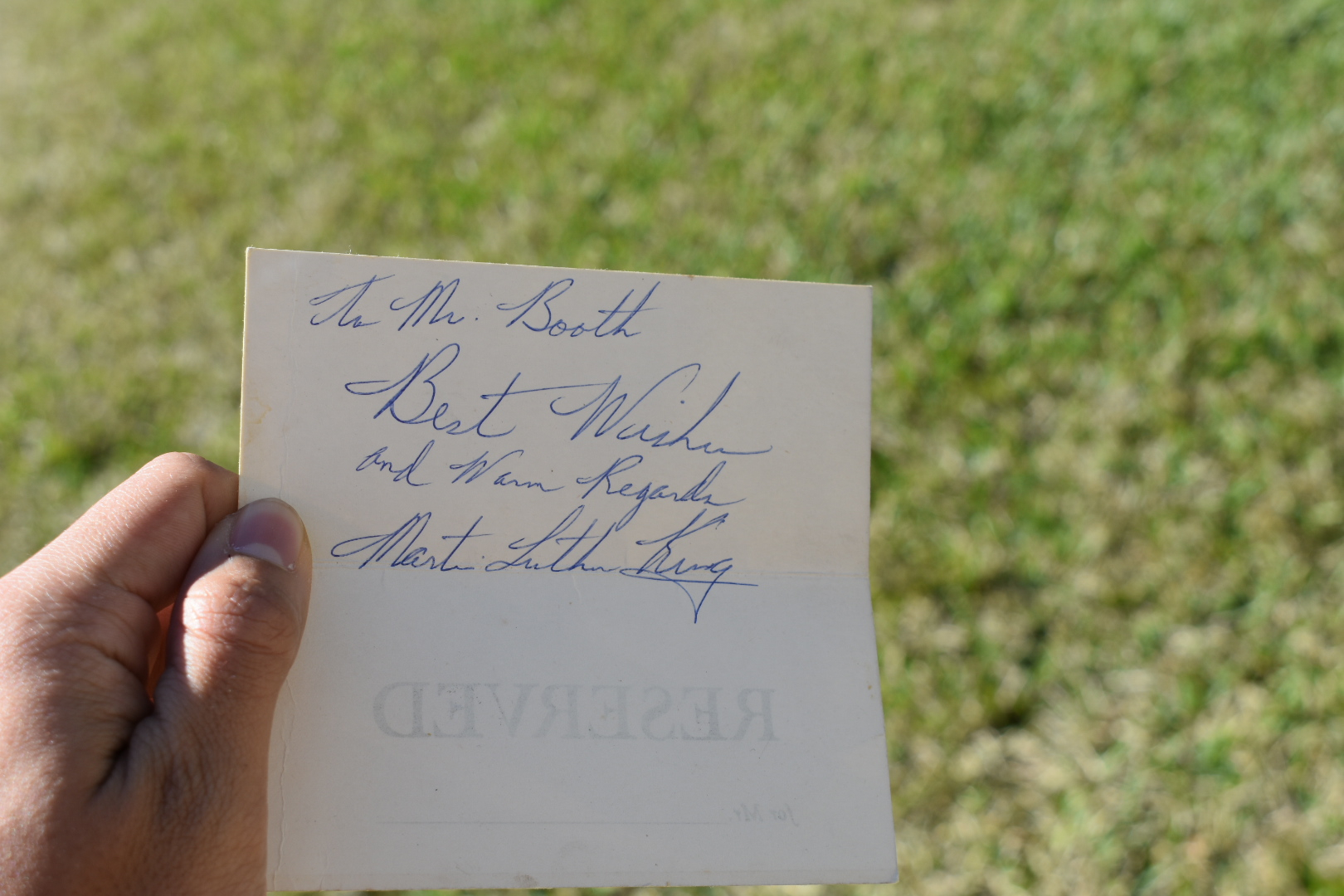