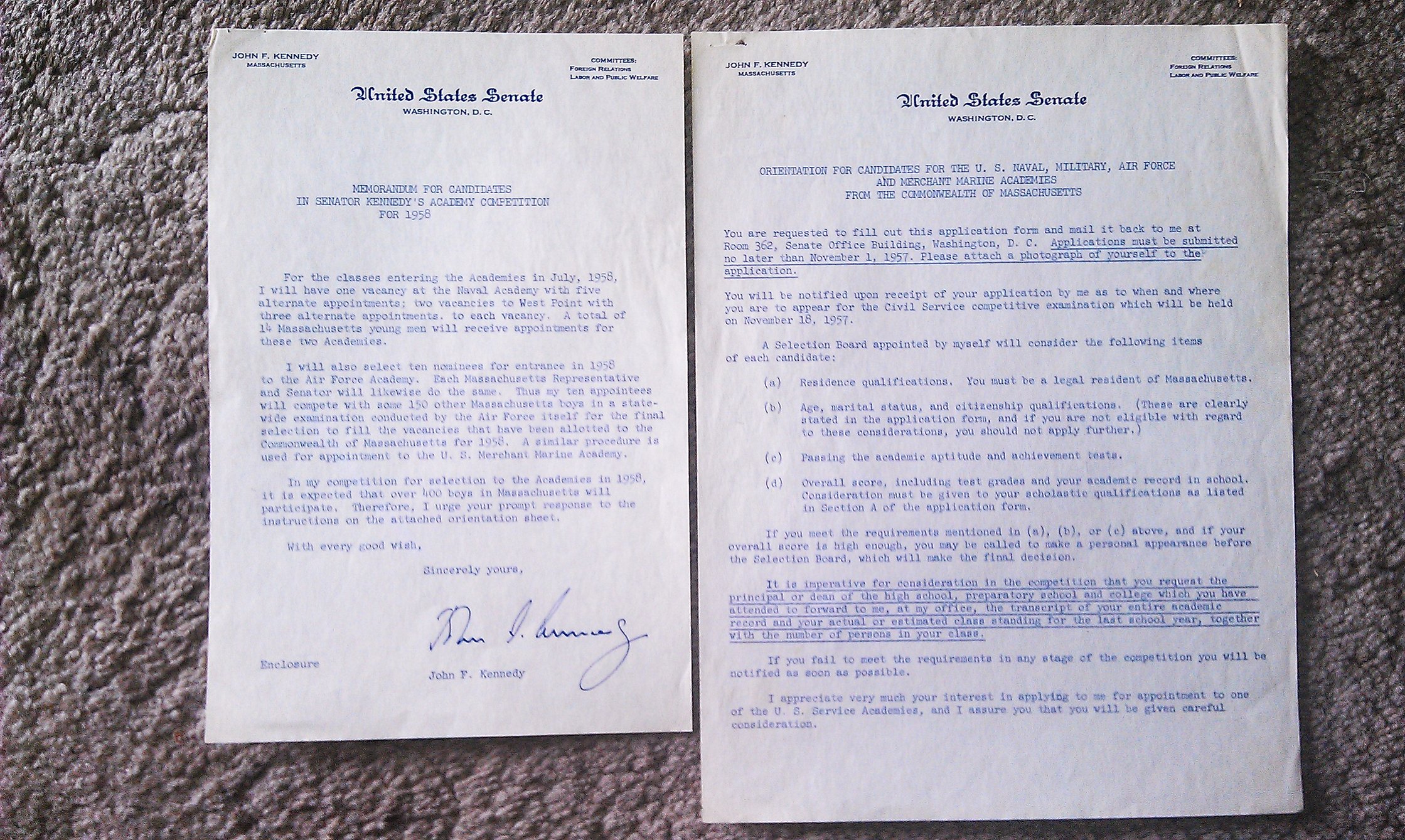 I could use some opinions and some advice.
A little background about this letter. My father was seeking an appt. to the USMA at West Point in the mid 50's. He sent letters to his Senator and Congressman. JFK was notorious for using his picks for the academies and giving them to his biggest campaign donors for their kids Even though my father got in via his Congressman Sen. JFK continued to send my dad letters encouraging him to reapply next year and what openings he would have available. It's 2 pages and has historical significance as it discusses the opening of the Air Force Academy the coming year in 58. Dad had already been accepted and was graduating in 58. So he just ignored it.
Anyway I've had this for a long time, I've heard every possible thing to look for, and did my own forensic examination since PSA want $150.00 smackers because its JFK.. i suppose Im going to have to give in, if I want to sell it.But let me show it and tell you what I did to come to my conclusion.
First I just slid my pinky over it to feel if the ink was raised, and looked at the back to see if there was uneven pressure indentations, then used a 32x loupe and looked for swish marks and signs of ink bleeding. Which it had all of. Then I got examples of all the Secretaries forgeries, and got as many authentic example of JFK signatures as I could find. I would open a known authentic signiture in PS CC then embed a cropped copy of mine on top and lower transparency putting the signatures side by side. I even got one authenticated by PSA and it looks to be authentic to me.
i've had this and 2 others for over 20 years now, and feel I've grown to be fairly knowledgeable about his signature. 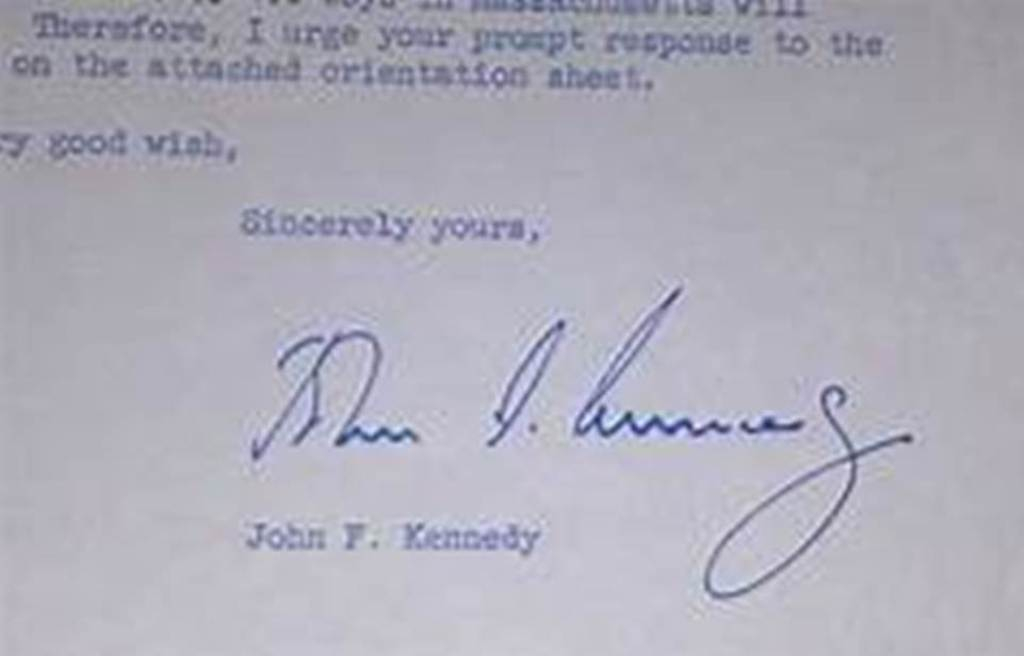 I have researched this ad infinitum. And I pretty sure its authentic as after finding a experts book once I learned a tell for secretaries copies. I also dont recall a secretary using the middle initial. And knowing how proud JFK was about his military service I think he would have attended these himself