Prussian Coins During the Ambassadorship of a Future President 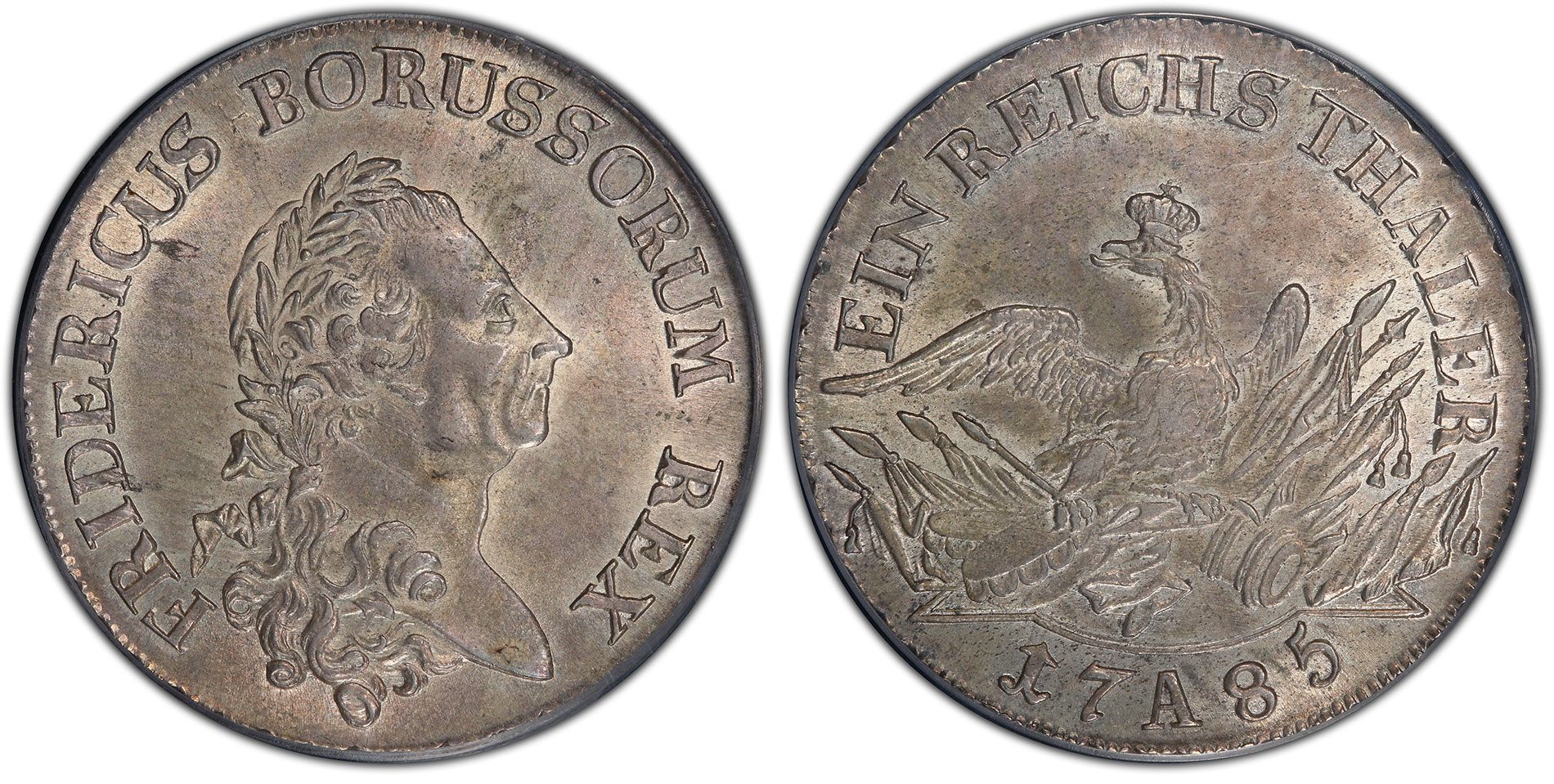 Relations between Prussia and the United States began in 1785 with the negotiations of the Treaty of Amity and Commerce. This treaty was signed by both King Frederick the Great and George Washington, and it was negotiated by Thomas Jefferson and co-written by Benjamin Franklin and John Adams. It became an important milestone as it was the first European nation to sign a treaty with the United States following the American Revolutionary War.