This a group of items that you may be interested in if you are a serious collector of Banknotes, history buff and want to own something personal that belonged to a U.S. president and the First Lady.
Here is a short synopsis of this interesting group-
This is a presentation piece. Grover Cleveland was president when the educational notes were released. His wife Frances who he actually adopted when she was 11 (weirdo) he married when she was 21. On her 32th birthday in July of 1896 Daniel Morgan the treasurer of the U.S. gave a special gift to the First Lady on her 32th birthday. The envelope was written out by Daniel Morgan and the note presented to the First Lady on her 32th birthday. This is why it is serial number 32. I posted this on the CU forum many years back and was contacted by Dennis Forgue who told me he had the actual handwritten thank you note from President Grover Cleveland thanking him for the gift that he had given to his wife and commenting on how beautiful the banknote was. A lot of Grover Cleveland’s letters were written from the executive mansion aka the White House. This one was written while he was at the family’s summer home at Buzzards Bay on Cape Cod.
Dennis wanted a lot of money for the letter so I passed but boy did I need that letter I tried for years to get him to come off of his price but it wasn’t until he retired from Harlan Berk that he was willing to negotiate. He had it framed and hanging in his office. So I was able to retain the letter and complete the set.
Here are some images of the group.
I cannot find any other paper money items that compare to this. I see nothing where the treasurer of the U.S. presented anything to anyone with a serial number that matched there age. To make it even more difficult I cannot find a collection like this with a thank you letter back to another high ranking member of government thanking them for a gift. This is 100% genuine and surprisingly it has never been in auction with the thank you letter from President Grover Cleveland. The group will be sold with the Envelope it was presented in along with the $1 educational serial number 32 and the thank you letter.
This is for a serious collector who wants a trophy like no other. Heritage has sold a couple of two digit $1 educational notes. If you look you will find them. One of if not the best source for fancy serial numbers USARARE has a $1 Ed with two digits for sale on his website. He has helped many collectors build world class fancy number collections and knows the market and the values. This still exceeds just a low serial number. This is part of our history. The educational series is amongst the most popular type notes sought by collectors. So if your willing to step up and invest some hard earned money in a group of unprecedented history here is your opportunity. Once it’s gone you may likely not have another chance for decades. The type of collector who buys items like this typically are in for the long haul. It is not an easy thing to let go of.
Please send me a pm for P.O.R. 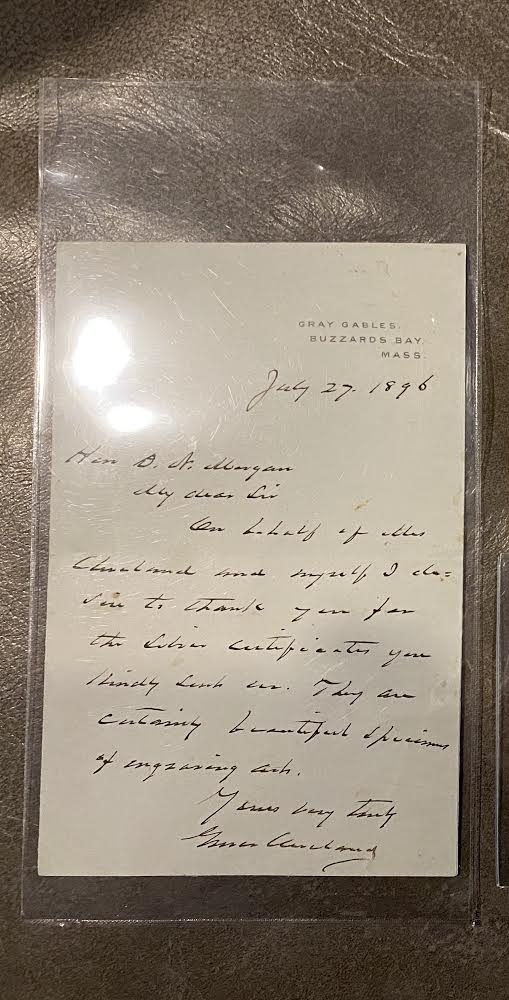 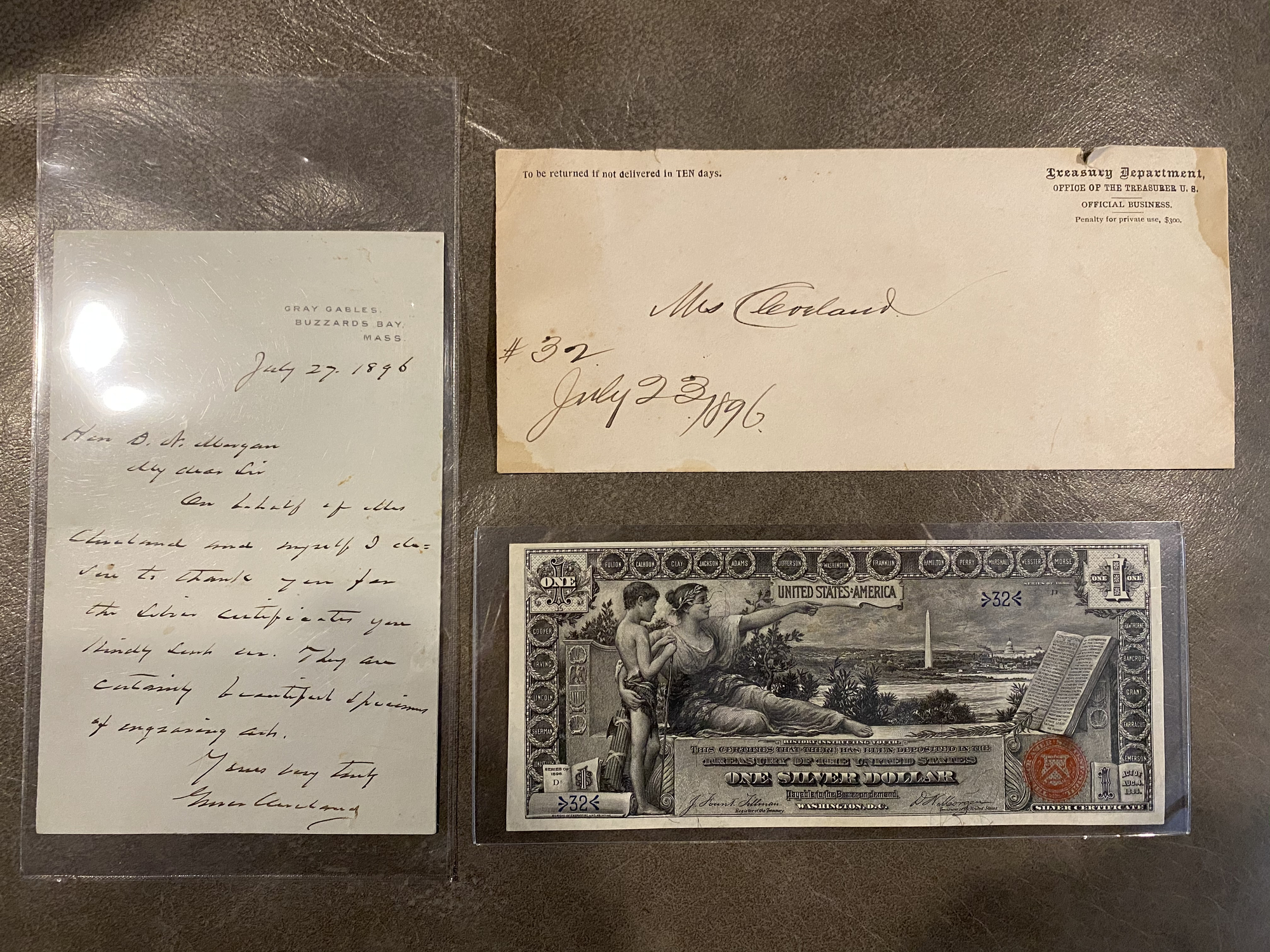 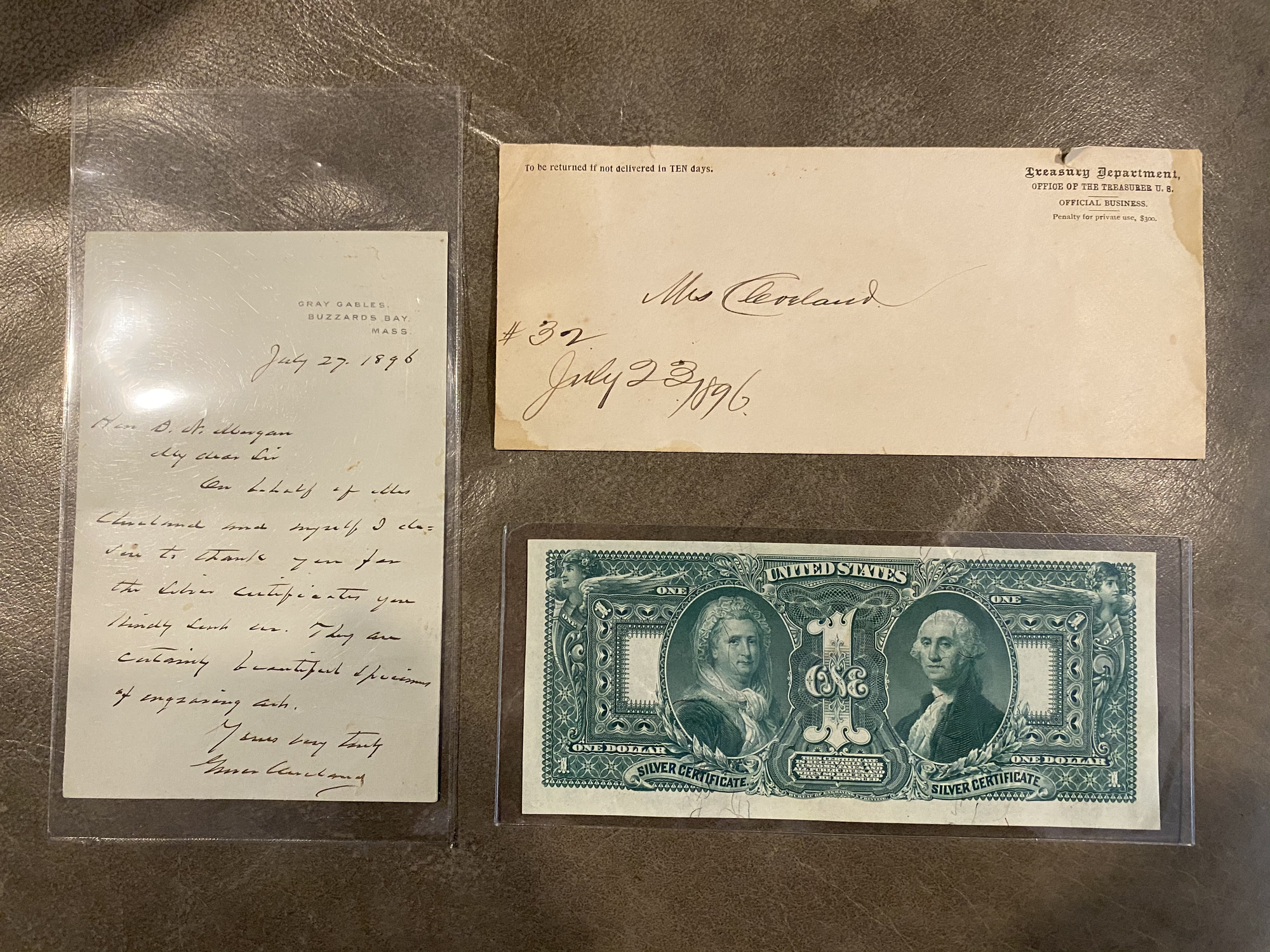