It's amazing to discover an elusive series of beautiful designs at low cost.

Take this Israel 1962 Negev Industrialization silver coin as an example. Not a circulating coin, but a hefty 90% silver commemorative with low mintage. (How many such 90% silver coins have been melted to date?)

The words "Israel shall blossom" that appear on this coin's obverse appear in Isaiah's prophecy: "He shall cause them that come of Jacob to take root; Israel shall blossom and bud, and fill the face of the world with fruit." This passage symbolizes Israel's quest to develop its southern desert, the Negev, by increasing its agricultural output and embarking on a program of industrialization and exploitation of minerals and other natural resources.

Just 14 years after the founding of the State of Israel in 1948 this silver coin was issued as part of the annual Independence Day series. It's a modern miracle to see how the tiny country thrived to become a regional, if not world leader in many industries.

This coin escaped the common mishandling typical of the early commemoratives. Local coin dealers in the 1970's would keep such coins in their pocket, literally! Hence, few coins survived in pristine condition. Original mintage of 10,380. Graded MS68, top pop of 1. 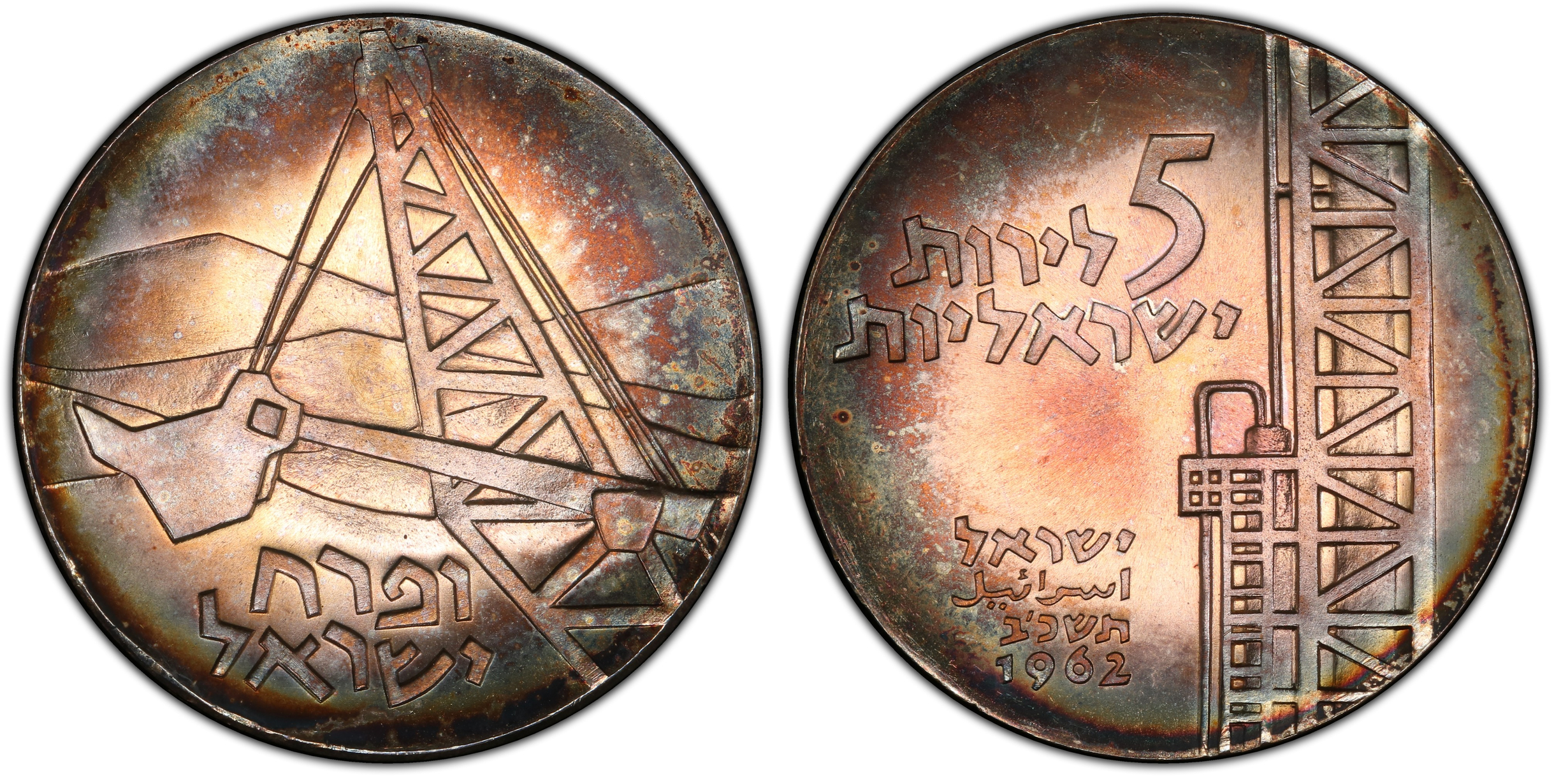