So I was fortunate to accidentally stumble over this on a website not known for handling Hard Times Tokens and knew right away it was a rare gilt variety and not brass.

Well I'm really happy to have finally found a Gilt Copper variety which completes my "I Take The Responsibility" set.

The rarity rating assigned is very underrated as this is a far tougher to locate variety then the Rarity-2 Brass Low-52 / HT-71 and in gilt was missing in many major collections ever formed. Even the finest survivors are missing some gilt on the high points which is also common with other token varieties which have also been silvered 180 years ago. Although Joe Levine has had a low grade AU or two over the years with some gilt remaining this has been the first example on the market which better matches my set since 2008. As even most all examples offered on eBay over the years described as Gilt upon closer inspection has been the Brass variety. I'm now heavily researching to try to plate match it to a previous sale to establish provenance.

On the 1833 "I Take the Responsibility" the Low-171 / HT-70A (Gilt Copper) and Low-52 / HT-71 (Brass) had been struck before all the regular copper issues. On the copper issues the strong box details run from early to late die stages.

Recent research has shown that token HT-70 is probably the first cent-sized political type token which achieved wide circulation and it opened the door for a flood of others. The die was cut by Edward Hulseman in the fall of 1833 and the tokens struck by his button maker employer Robinson Jones & Company in Attleboro, Massachusetts. The tokens of this and later types (HT 69, 71 and 72) refer to Jackson who is shown with sword and purse. The adoption of the sword and purse continued for some time after the Whigs had taken the reins of government. The Albany Argus daily city gazette for October 1, 1842 published "The liberties of the country were alarmingly threatened under Mr. Van Buren's administration by a union of the purse with the sword in the same hands." 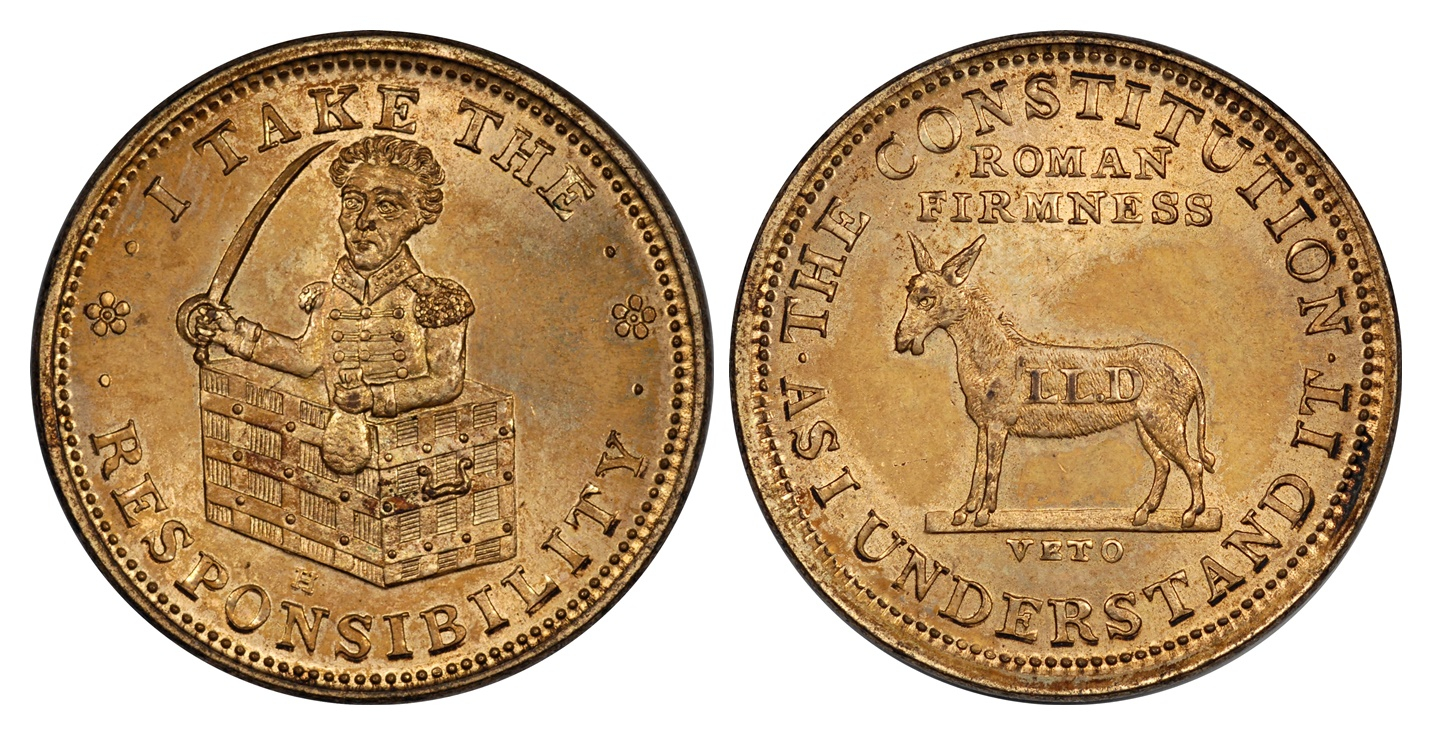 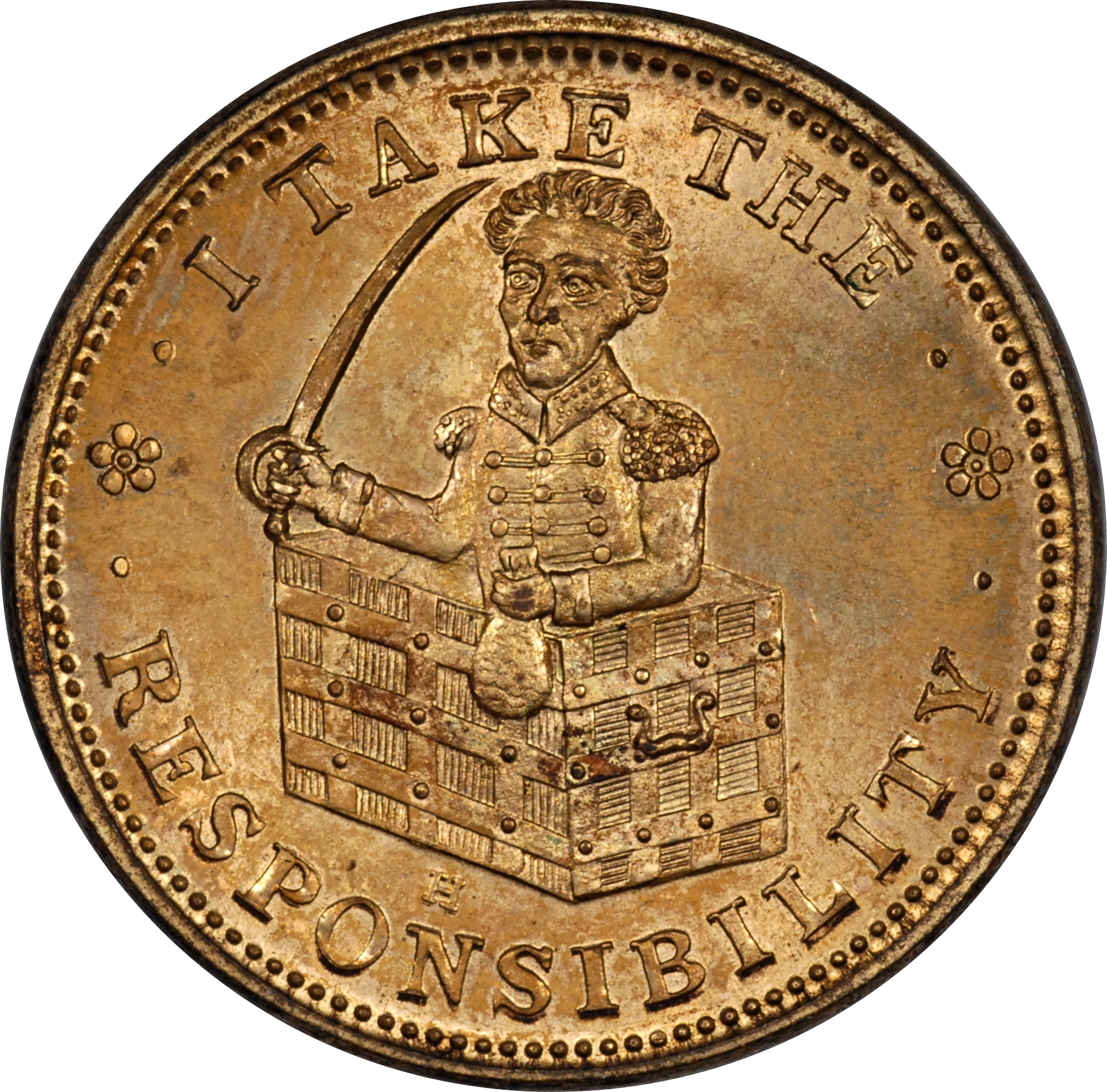 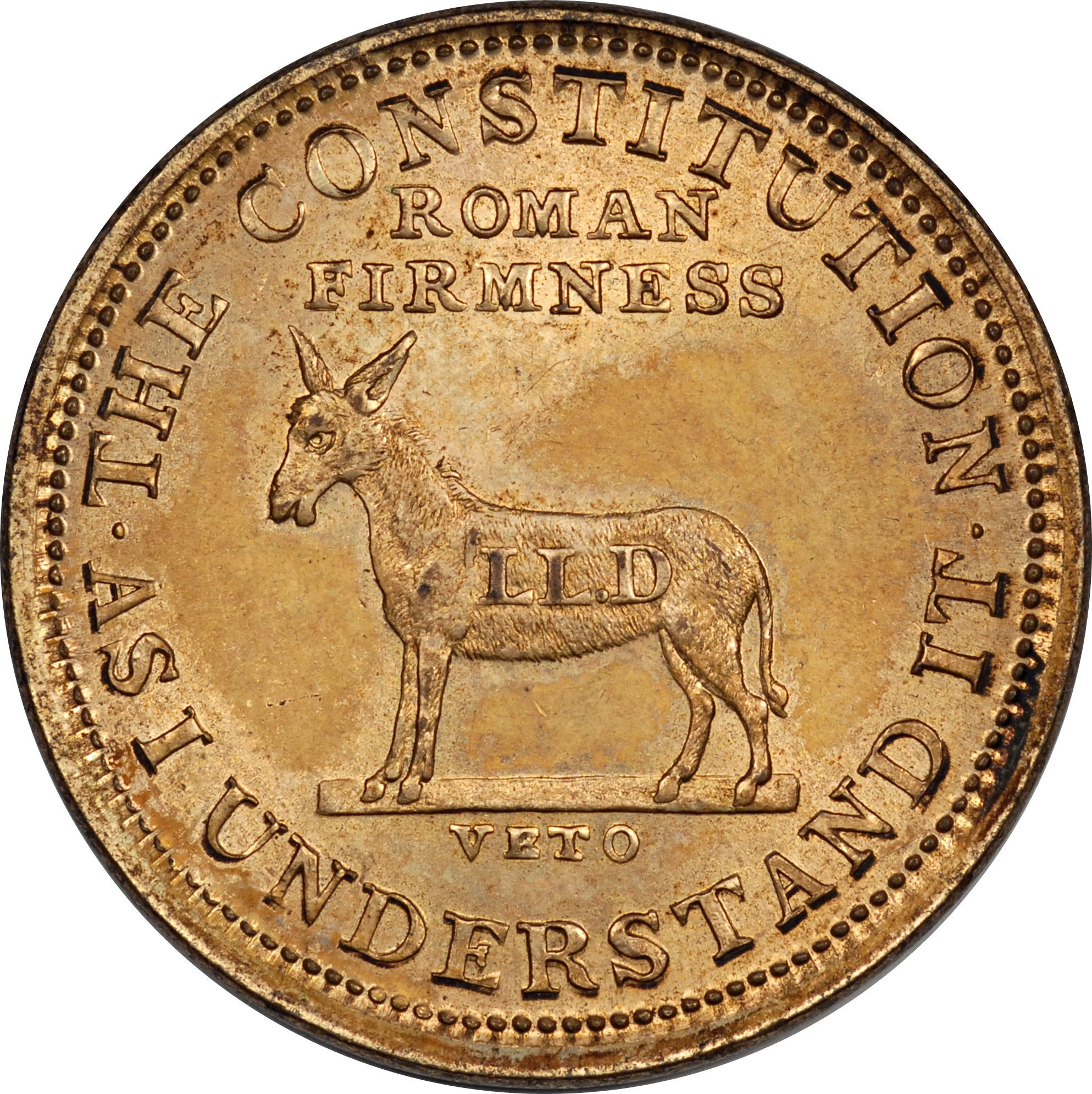 To Err Is Human.... To Collect Err's Is Just Too Much Darn Tootin Fun!
0