Willing to part ways with this treasure :

THIS LISTING IS FOR THE UNIQUE AND INCREDIBLE COLLECTIBLE JERSEY

ITEM CARRIES A CERTIFICATE OF AUTHENTICITY FROM JSA

This signed 1996 NBA All Star jersey is signed by thirty two former & current players, including thirteen current Hall of Famers, and possibly another six to eight future Hall of Famers.

This is the first time ever this jersey has hit the hobby! The jersey was displayed in the Alamodome in San Antonio for many years. A collector that is known world wide for his autograph collection purchased it directly from the Spurs, then after all it ended up in my collection.

This piece isn't for most collectors. This belongs to someone who demands quality. Someone who collects the best of the best. Someone who strives for the ultimate collectible! Once in a lifetime opportunity 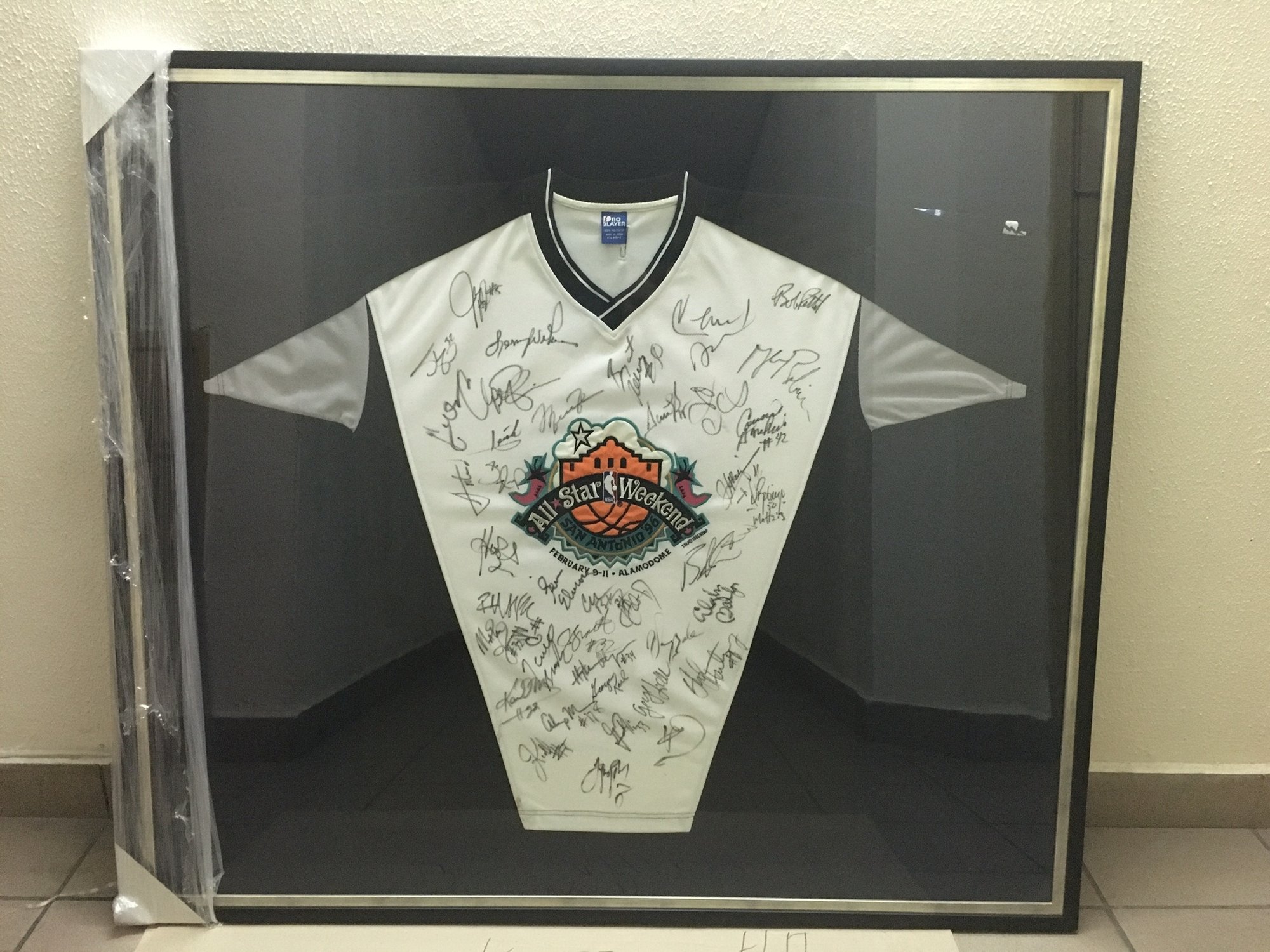 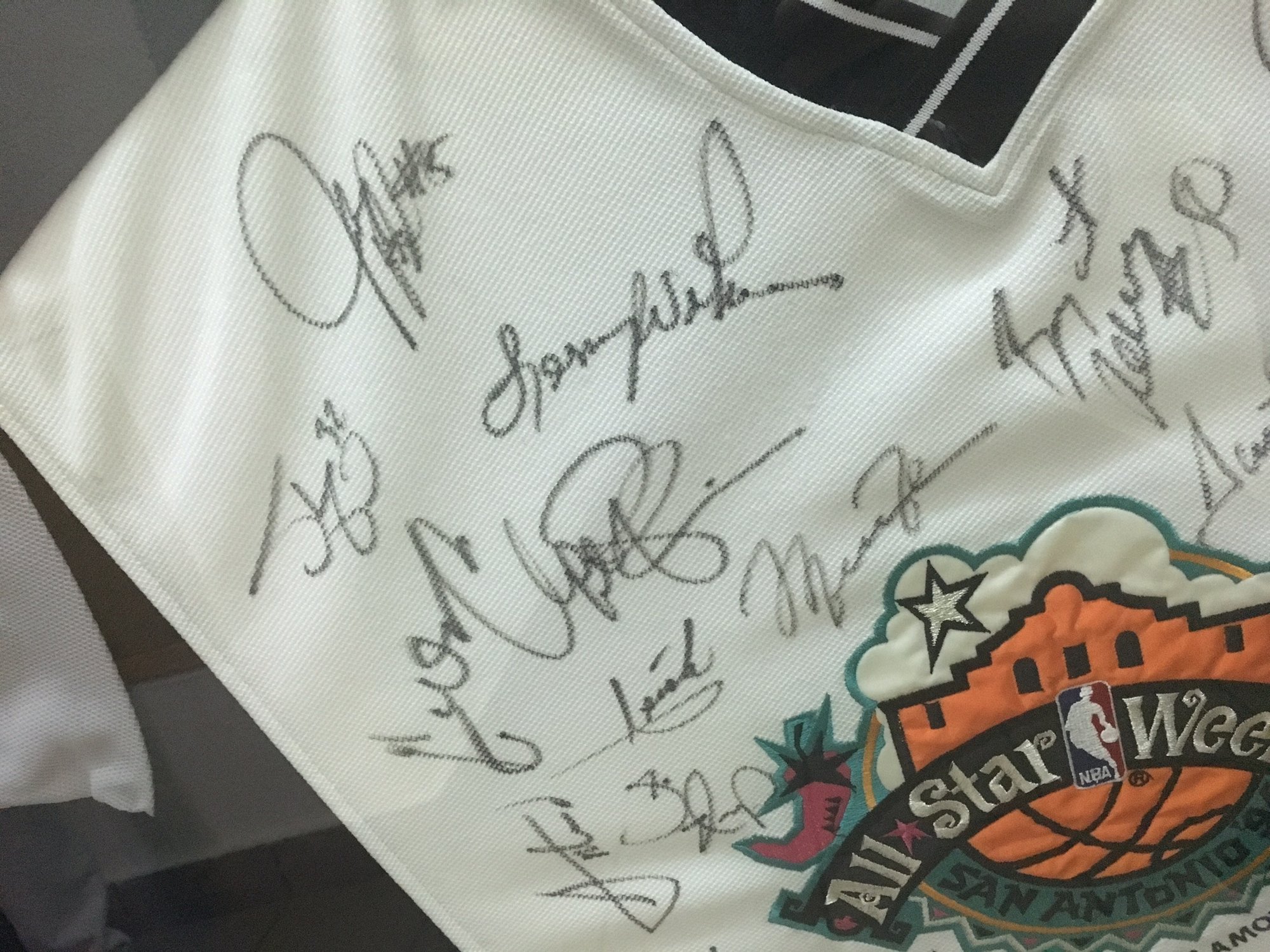 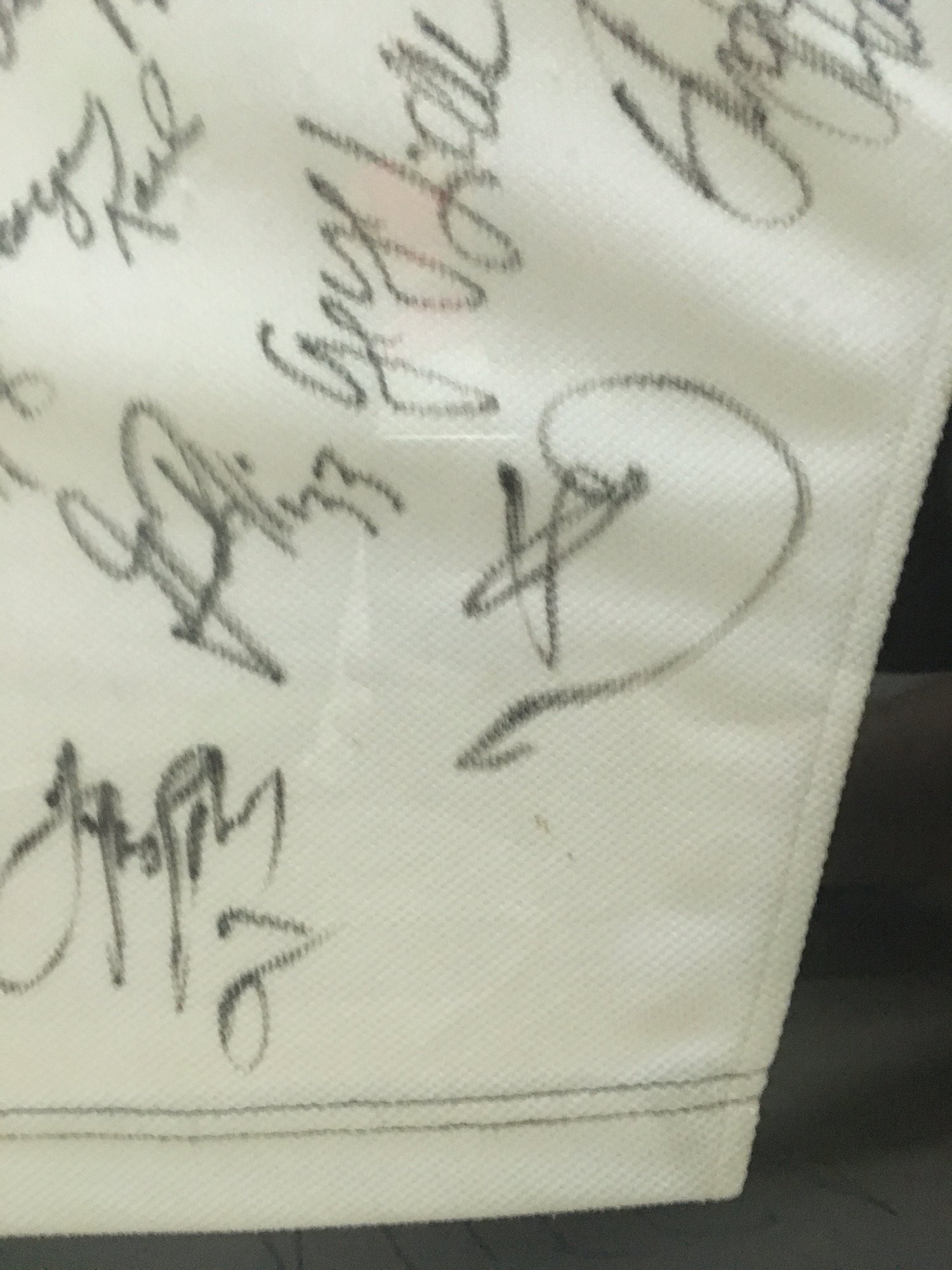