On April 19, 1764, Parliament passed the Currency Act of 1764 (4 Geo. III c.34). This act is often simplified to say that Parliament forbade the American colonies from printing paper currency, but actually prohibited them from designating future issues as a legal tender for all debts. It was an extension of the Currency Act of 1751 (24 Geo. II c.53), which was only geared towards New England (with some modifications). The basis for the 1764 Act was from complaints by British merchants that they were losing money from colonial currency. It was one of several acts that aggravated the colonies to eventually declare their independence more than a decade later.

Post what you got from the late colonial period!

1770 Maryland 8 dollar bill. While this piece was valued in Spanish-Milled dollars, the denomination actually corresponded to the Portuguese half-joe (6,400-reis coin), the most prevalent gold coin in the late-colonial period, which was equivalent to eight dollars in specie, or £3 in Maryland currency. Even after Independence, half-joes equaled $8 in the United States. My apologies for the sideways photos.
American Numismatic Society, 0000.999.29655 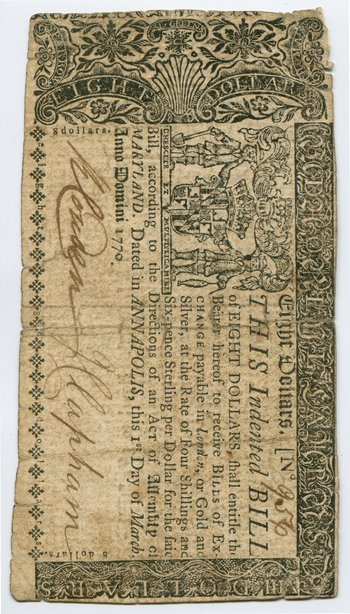 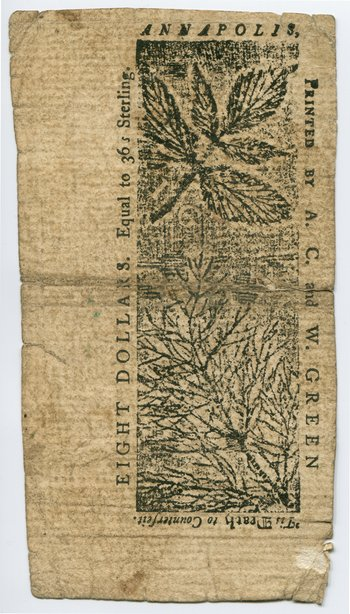 Become a member of the American Numismatic Society!