Finally, a group that can help me, I hope :) please take a look 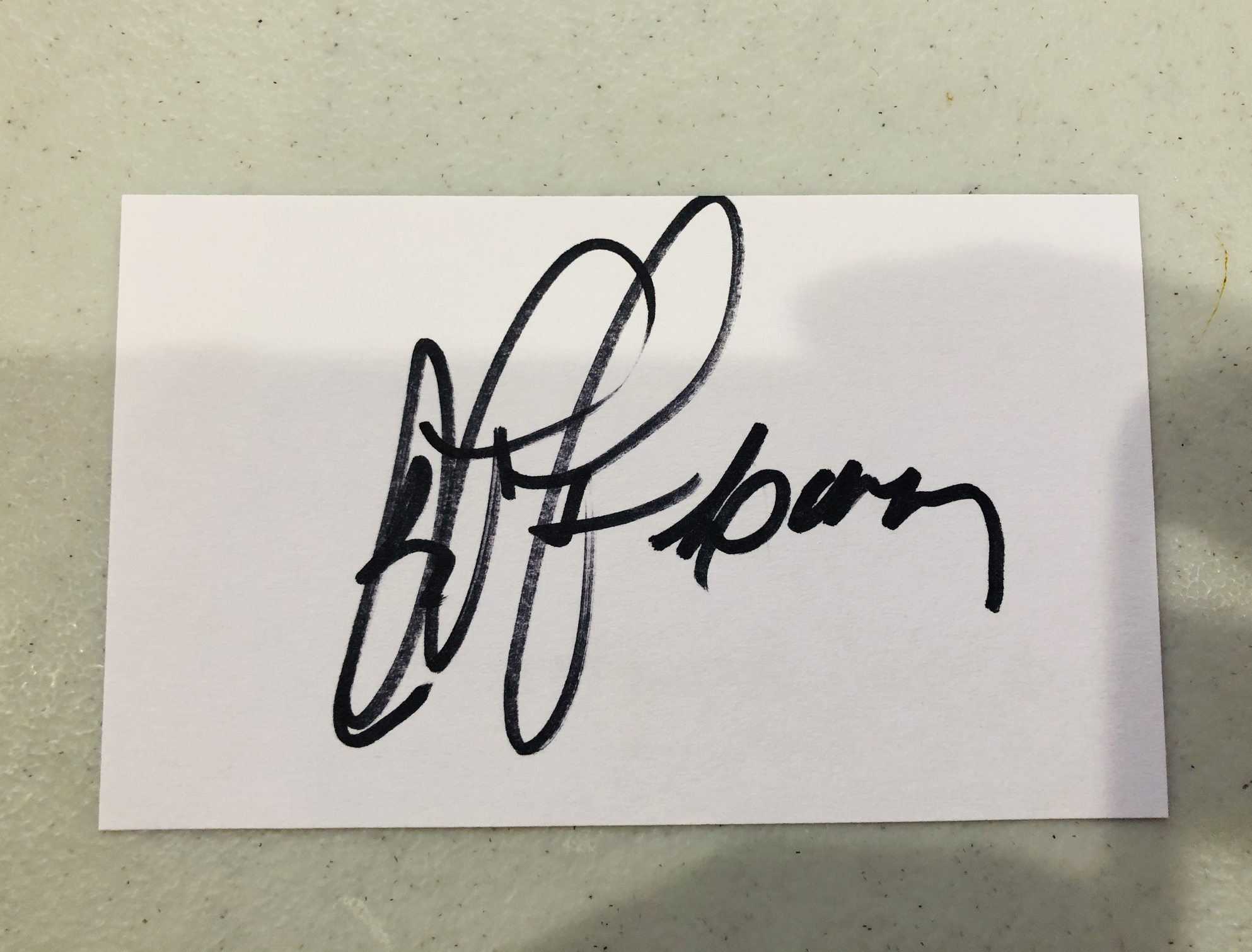 I have been a life long collector of autographs and the hobby is a passion of mine. There is nothing more thrilling that finding an autograph that you have long sought after and then being able to acquire it in person or through the mail. I have look for a community that appreciates autographs for a long time and today I found you all, I am beyond thrilled!!

Please take a look, as I was sent this auto probably 15 years ago and it more than likely came from the sports world. Yes, I know i have been searching for 15 years but maybe someone in this community will know or have one similar. Thanks everyone and cannot wait to participate with you all!!