it had been certified as an error?

Heritage wrote:
1971-S 1C Lincoln Cent--Struck on an Aluminum Planchet--AU58 NGC. 0.75 grams. This weighs less than one-fourth the standard for a Lincoln Cent, and it is clearly a wrong planchet/wrong metal error, struck on an unidentified planchet probably intended for a foreign coinage. At the time, the United States Mint was striking aluminum coinage for Nepal and the Philippines. 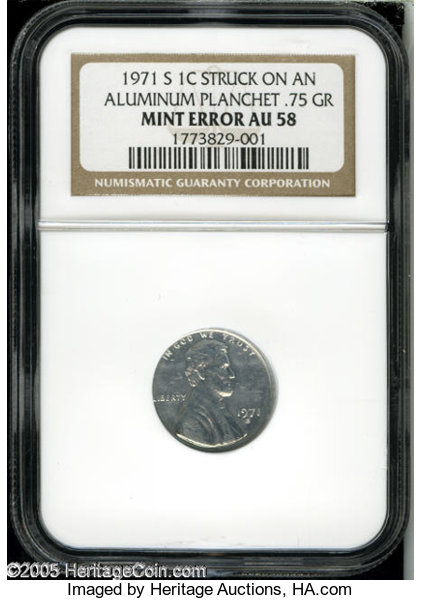