Considered the greatest pitcher in the Netherlands, had a couple tryouts for the Giants stateside. Issued by Blue Band Margarine, set name translates to "Sports and Games in Words and Pictures" with the back text in Dutch. Has some glue residue and extra paper from where it was removed from an album, nice shape otherwise. PSA grades this set, but there are no examples of this one graded yet: https://www.psacard.com/pop/boxing-wrestling-cards-mma/1954/sporten-en-spelen-woord-beeld/110593

I've never seen a specific year noted for these, but same era is as the first, possibly +/- a couple years. No player noted, Belgian issue, back is in French and Dutch. Set name translates to "Unusual Sports". Paper loss on back and multiple creases.

The Fax Pax are all NMMT or better, others submitted from this same set break have all come back 9s or 10s.
The Sported! are both likely to get Auth if submitted, Lennox for sure, Naseem looks good T/B for a number grade, but is shaved too tight on the left edge IMO. 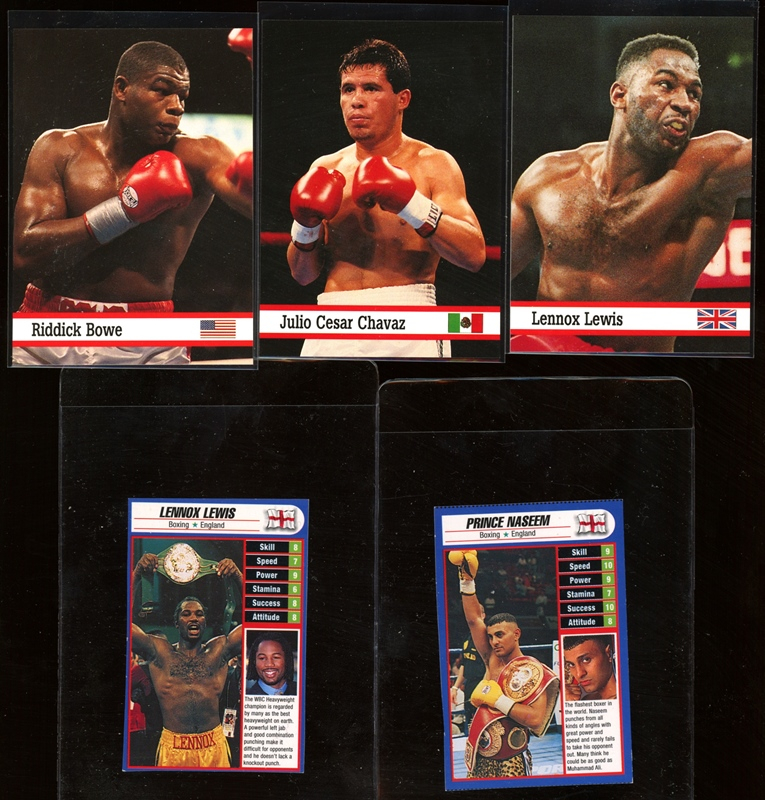 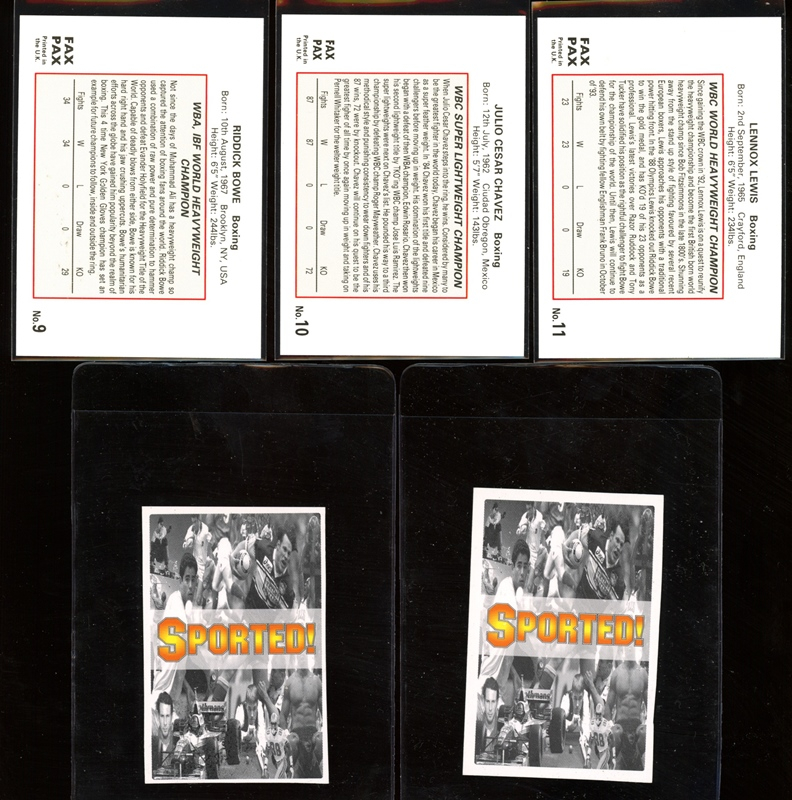 PSA should grade this set, but there are currently no examples graded. I've gotten the 1996 Travel versions recognized for grading using the TCDB set link and have created the 1994 MPE set there also: https://www.tcdb.com/Checklist.cfm/sid/199015/1994-BBC-A-Question-of-Sport---Magnetic-Pocket-Edition. This is not the more common larger one on cardstock, the Travel/MPE editions are tiny and not much heavier stock than a magazine cover. Bonus trivia card that also mentions his drug ban. The scan shows both in a CS1 size holder to give perspective on size. 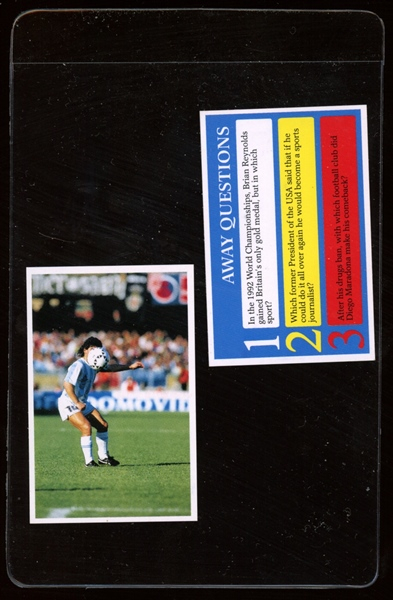 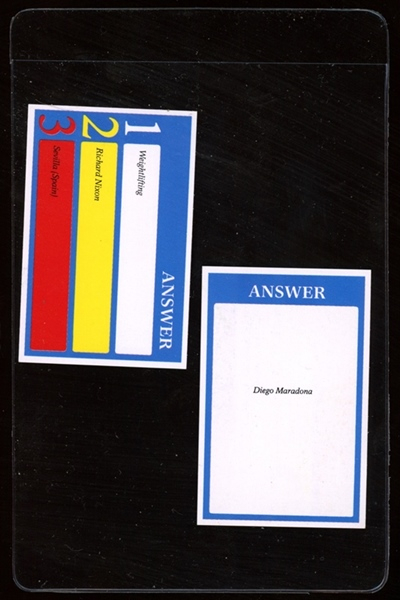 LarkinDimes Master Set
Who is the Golf Card Guy?
0